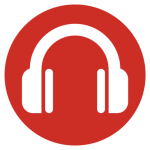 If cinema is a litmus test of a country’s features, we may say that the funniest country is Argentina, or at least that Argentinians can have a good laugh at their own expense. Let’s take a look at the Cohn-Duprat filmmaking duo, from The Distinguished Citizen to Official Competition: all start on a serious note, verging on the stuffy (an eminent author’s homecoming, the relationship between artist and art merchant in contemporary art), to grow into a treasure trove of irresistible grotesque humour. Argentina, 1985 is no exception. It takes on a very consequential political theme, the incrimination of the political and military leaders involved in the Argentinian dictatorship between 1976 and 1981, but it does so with such lightness, such an airy comedic verve! I loved the scene where the prosecutor chooses his team. The film is accompanied by a beautiful classical score by Pedro Osuna, a Los Angeles-based Spanish composer, educated at the Berklee College in Boston. Osuna arranged music for world-famous blockbusters (like No Time to Die); he hasn’t yet made it into top-tier, but just wait and see.

Pedro Osuna · To Sail Against the Wind

L’IMMENSITÀ | BLANQUITA | THE BANSHEES OF INISHERIN

ATHENA | BONES AND ALL | MONICA