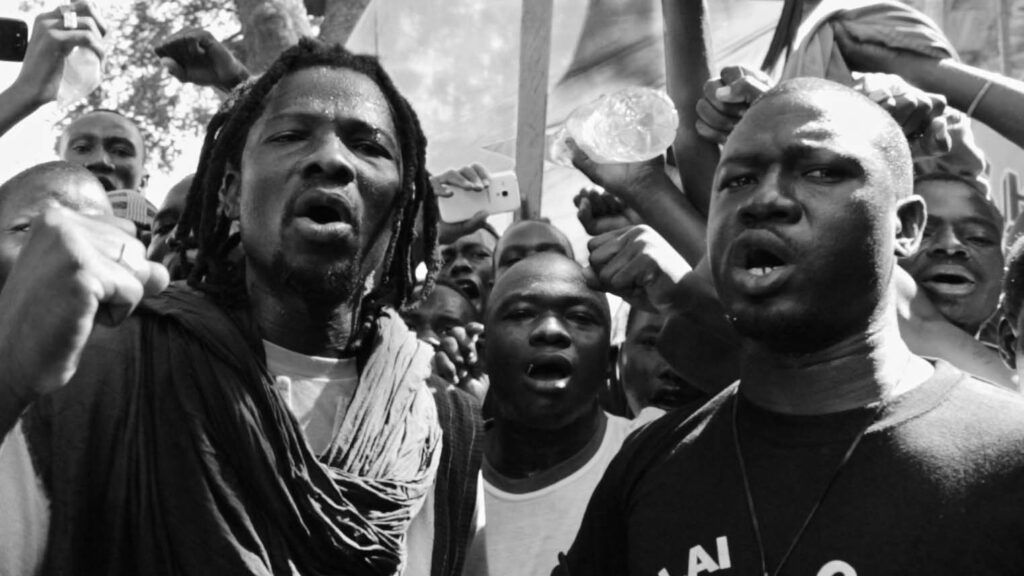 The Notti Veneziane programme offers a special journey to Burkina Faso with the world premiere of Land of upright people by documentarist Christian Carmosino Mereu.
October 2014, Burkina Faso’s capital Ouagadougou is the theatre of an unarmed insurrection that results in the country’s dictator, who had been in power 27 years, being ousted. The country resisted an attempted coup, and in 2015, free elections were held. Change, though, seems to be a long way off, especially in the field of regulation of the country’s natural resources on part of foreign powers. The film is the story of four Burkinabe during a year of struggle and resistance: a musician and leader of the revolution, a contestant in the upcoming elections, a miner and trade union activist, a mother – all hope that the elections will change their country’s future. The film’s title is a quote of Thomas Sankara, activist and revolution icon known as ‘the African Che Guevara’. Land of upright people tells the story of a revolution in this troubled West African country. “Changing our view – said director Christian Carmosino Mereu – is a political act in itself.”