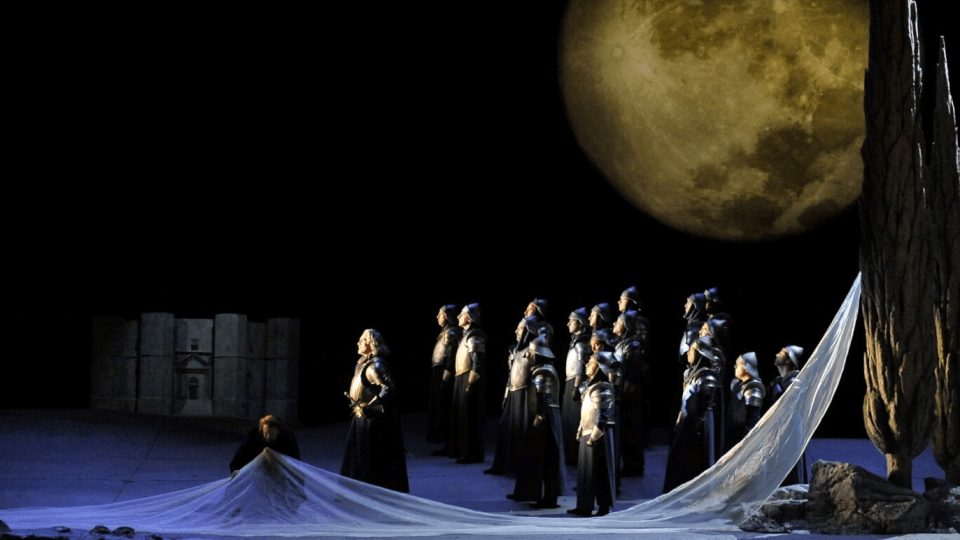 Hysteria, revenge, civil war, family. Verdi’s genius uses these ingredients and more to gift music history with a cornerstone of opera, part of the so-called commoners’ trilogy, together with the Rigoletto and the Traviata, which premiered on January 19, 1853, at the Apollo Theatre in Rome. Unlike other operas, marred by an unlucky premiere though later being elevated to the rung of classics, with the Trovatore Verdi succeeded in pulling the heartstrings of his audience. We know as much from the newspapers of the time. The Trovatore has a convoluted plot that captivates the public, full of twists and stylistic innovations that transcended the common tropes of the time.

Campo San Fantin, San Marco 1965
Venezia
How to get there