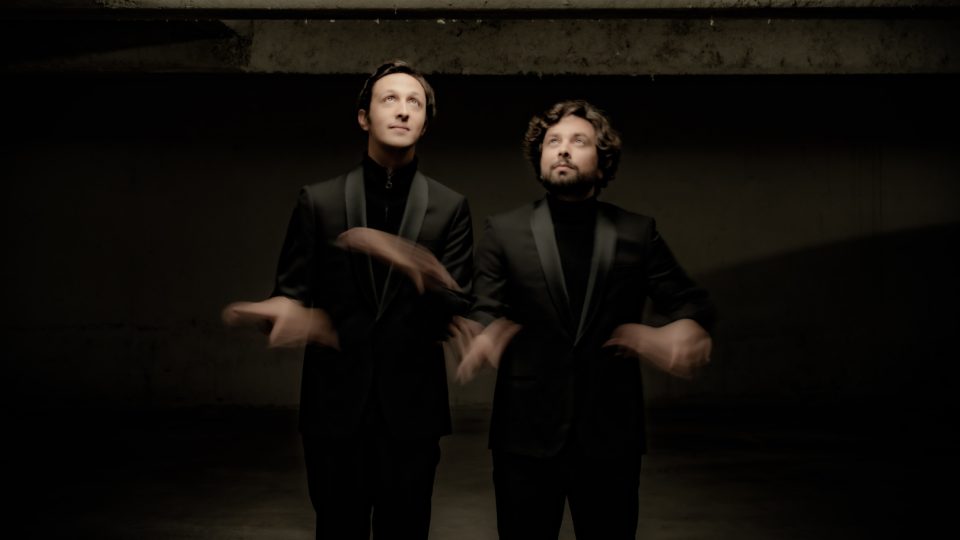 The piano can become a vehicle for traveling, both in time and in distant countries. Through pieces composed in 1867 and 1894, the Duo Geister composed by pianists David Salmon and Manuel Vieillard makes us gradually visit the 11th century India of the Roi de Lahore overture, see an Arab Idylle and a Danse hindoue by Cécile Chaminade and cross the mists of Reynaldo Hahn’s Préludes sur des airs populaires irlandais. Georges Bizet’s Jeux d’enfants, then, will remind us of the time of innocence and unbridled fantasy. By placing four hands on the keyboard, not only do the possible acrobatics multiply, obviously, but also the door to playful complicity is opened.