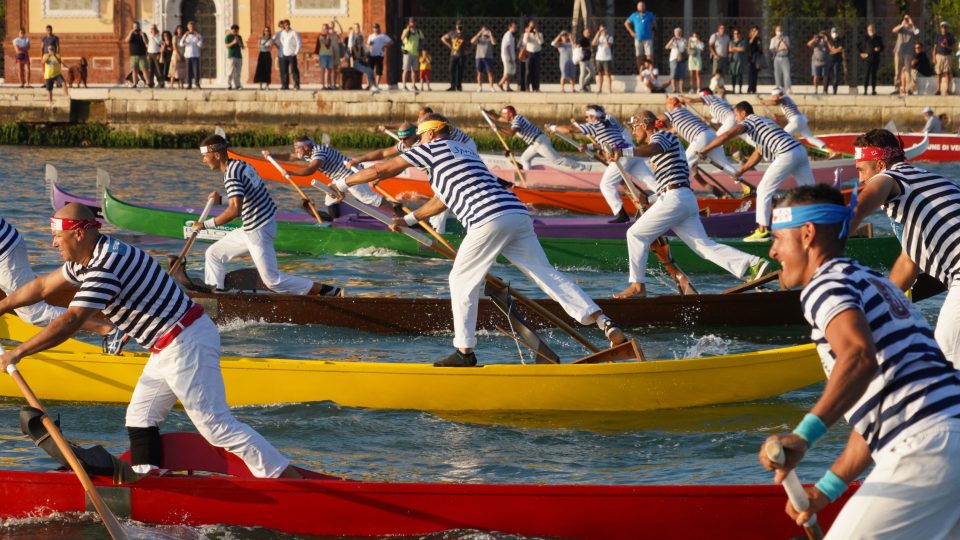 An authentic dip into the colors, the 16th century costumes and atmosphere of the glorious Serenissima Republic. The Historical Regatta, which evokes the welcome given in 1489 to Caterina Cornaro, wife of the King of Cyprus, who was forced to give up the throne in favor of Venice, is one of the most spectacular and picturesque moments of city life. It’s an exciting event both for tourists and Venetians who every year crowd the banks and the floating grandstands along the Grand Canal to watch the Bucintoro, the Serenissima’s official boat, followed by the parade of typical sixteenth-century boats. The parade is followed by the typical races, competitions of “Venetian rowing”, a unique discipline in the world which has been practiced for millennia in the lagoon. They are divided into four different competitions according to participants’ age and type of boat. The best known is the Champions’ Regatta on the gondolini, typical rowing boats that, with great skill, sail very fast the waters of the Grand Canal until the finish line marked by the so-called machina, anchored in front of Ca ‘Foscari palace. This is one of the best places to enjoy the show along with St. Mark’s Basin, the banks on the Grand Canal, the Giardini di Castello, Rialto, Santa Lucia train station and Punta della Dogana.