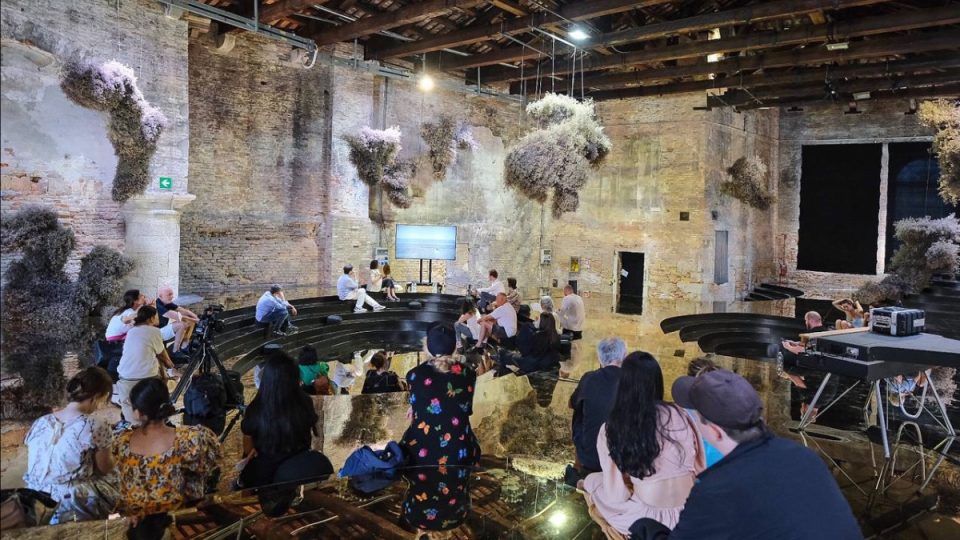 From August 27 to September 11, the National Pavilion of Uzbekistan at the 59th Venice Biennale of Art presents a new chapter of its public program that includes lectures, screenings, conversations and a performance of traditional music. On the occasion of the 79th Venice Film Festival, the program is dedicated to Central Asian cinema, its historical context and its characteristics. The focus of this chapter is to study and discuss the different aspects of the Asian cinema industry, through the exploration of its traditions, discoveries and new directions. The events will be held in the Pavilion (Quarta Tesa Arsenale) and in the waters of the Venice lagoon as part of Cinema Floating – Acque Sconosciute, partner of the program.

The first event will be held in the Venetian Pavilion on Saturday 27 August from 4 to 6 pm, with a screening dedicated to the current of the Uzbek silent film, while the second event will take place on the evening of Monday 29 August, from 8 to 10 pm, on the floating platform. located in the lagoon, behind the Giudecca island, location of the Floating Cinema Festival – Acque Sconosciute. It will be a unique cultural event with the screening of The Minaret of Death, the silent film directed by Vyacheslav Viskovsky, the first feature and production of Buhkino, the Bukhara film company founded in 1924. The film will be accompanied by a live musical performance with two Uzbek musicians and their traditional instruments: Abror Zufarov and Shamshod Isaev.

The Venice Film Festival will screen the film Goliath by the Kazakh film maker and screenwriter Adilkhan Yerzhanov in the Orizzonti Extra section, to which the Pavilion will dedicate a conversation on 9 September. The film is set in Karatas Village which is under the control of a reckless local officer. Throughout his film career, Yerzhanov has maintained a balance between art and gender sensitivity, dealing with contexts that, although not real, are allegorically connected with the most felt problems in Kazakhstan.