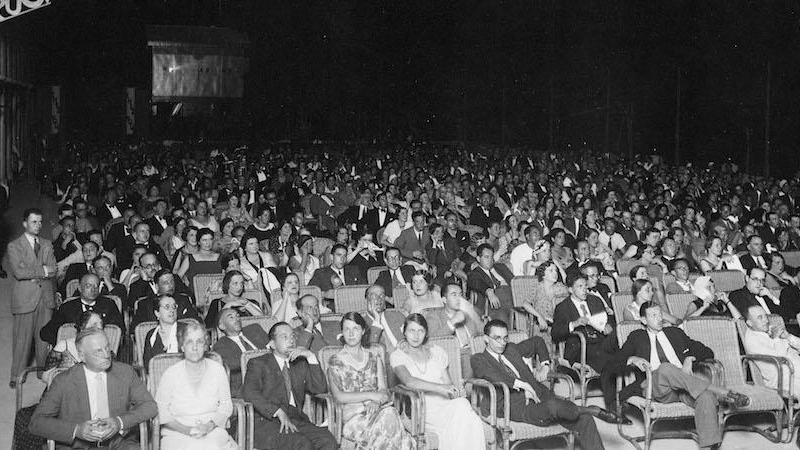 La Biennale celebrates the 90th anniversary of the oldest film festival in the world with an international conference, an exhibition and a special evening at Sala Grande with the screening of two masterpieces in the line-up of the first Mostra del Cinema.

August 1932–August 2022: the Venice Film Festival turns 90 this year and the celebration will take place right there where it all began, and where it all keeps on going as strong as ever. The Festival’s international appeal never waned once, nor did it wander off its roots and its home. The Biennale – the producer of the Festival – celebrates the world’s oldest film festival and the model to follow and imitate. Over the last several years, no other was quite as able to anticipate the trends and keep true to its nature. An international symposium will take place at the Biennale (Sala della Biblioteca, Archivio Storico, Giardini) on July 9 to present the Italian edition of Professor Gian Piero Brunetta’s latest work, the History of the Venice Film Festival.

The study, co-sponsored by publisher Marsilio and the Biennale, will be followed by its English version shortly after, in time for the 79th Festival due August 31–September 10. The international symposium will be divided in two sessions: the first will see historians, critics, and academics discuss the value and the historical experience of the Venice Film Festival; the second will investigate the sentiment of authoritative protagonists to outline the amazing adventure that the VFF has been and will be in the future.