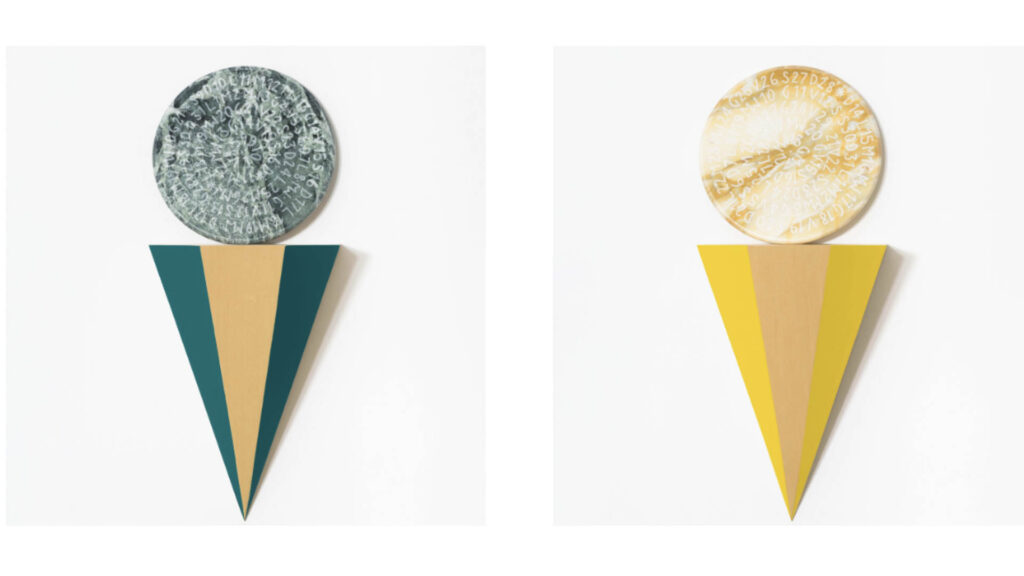 A site-specific installation made of five sculptures that are only apparently the same. They remind of the Volumi series – art that, in form and essence, takes after the principles of Spiritual Geometry. This series, specifically, is the core of exhibition Letizia Cariello (Letia). Fuso orario, curated by Luca Molinari and Leonardo Regano in cooperation with art gallery Studio G7, in Bologna, and part of the ArtVerona initiative Level 0, opening at the M9 Museum in Mestre on September 17.
The artist’s research uses different media – drawing, installation, photography, sculpture, and video – to explore the relationship between inner and outer space. The attempt to intercept the material body of time focuses on the tracks left behind by time itself, marking it with writing and objects. The goal of this process is the continuous reconstruction of relationships, connections, bonds, through the identification and literal sewing up of objects and spaces, both at a micro and macro levels: trees to teapots, teacups to embroidered photography.
Calendari are discs of polychrome marble placed under solid constructs the artist engraved with letters and numbers. They are a personal meditation on time and its flowing. The hardest material accepts in its firmness a trace of a concept that is elusive in its very nature. What we find on the marble is the time Bergson believed it was the conscience’s: a subjective time, made of constant flowing, impossible to divide in individual blocks. In short, not the time of rigorous scientific measure.
This is the time of the Ego, a time that accepts, in its flowing, error, remorse, regret. Its flowing is not linear, nor is it circular. It comes and goes in its relationship with intimacy.
It is a personal Time Zone that marks the differences in the existences of each of us. Letizia Cariello has a goal: a date in the future, and she reaches on to it by making a story out of her inner itinerary, codified in that sequence of letters and numbers on the marble. Her ‘mind chamber’, a refuge for the soul, is right there, opposite the viewer who won’t try to decipher, but rather, perceive the essence of timeless and spaceless rhythm. No ‘before’ and no ‘after’, only the continuous flowing of existence.