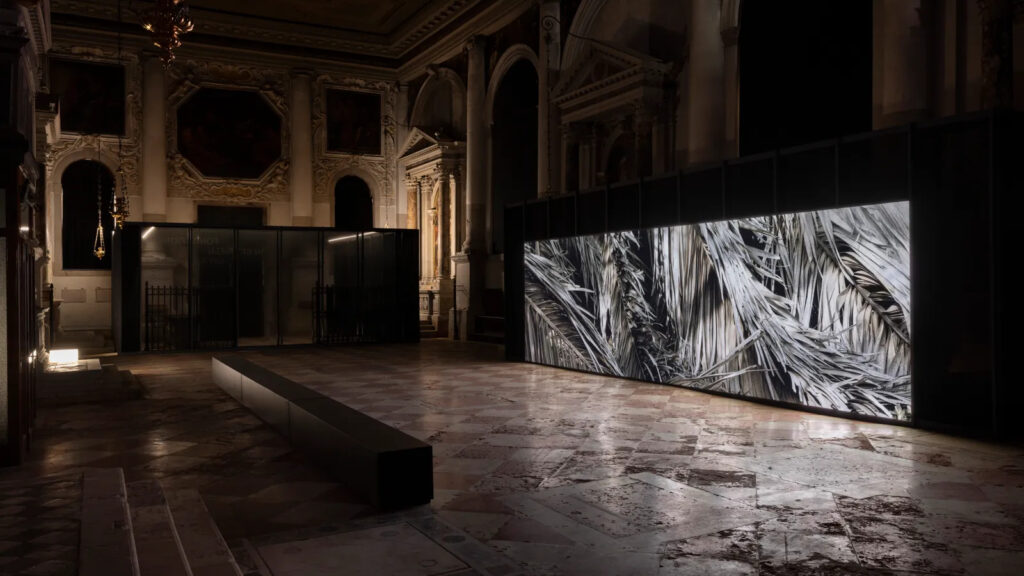 Appointments with the artists to investigate in depth the Penumbra exhibition, conceived and promoted by the In Between Art Film Foundation and curated by Alessandro Rabottini and Leonardo Bigazzi.

Vanishing Points is the long-awaited public program of interdisciplinary meetings which will investigate in depth the exhibition Penumbra, created and promoted by Fondazione In Between Art Film. In the monumental spaces of the Ospedaletto Complex eight artists offer, through their very personal works, visions of the contemporary on the border between light and shadow, nature and man, individual and collective, war and peace, history and present, dreams and reality, particular and general, human and animal.

The first appointment, on June 9, is with Osei Bonsu, curator of International Art at the Tate Modern in London, and Karimah Ashadu (1985, United Kingdom), a British-Nigerian artist, whose work Plateau (2021) represents a group of tin miners in the Nigerian region of Jos Plateau. The second, on June 23, is with the curator Jacopo Crivelli Visconti and the artist Jonathas de Andrade (1982, Brazil), who presents at the Ospedaletto Olho da Rua (2022), with the participation of a group of homeless people. The last of this first set of appointments will be on July 2 with the meeting between the curator Filipa Ramos and Ana Vaz (1986, Brazil) who is present in Penumbra with È Noite na América (2021).