The Milk of Dreams

That is, the lifeblood of possible and imaginable realities
di Francesco Santaniello 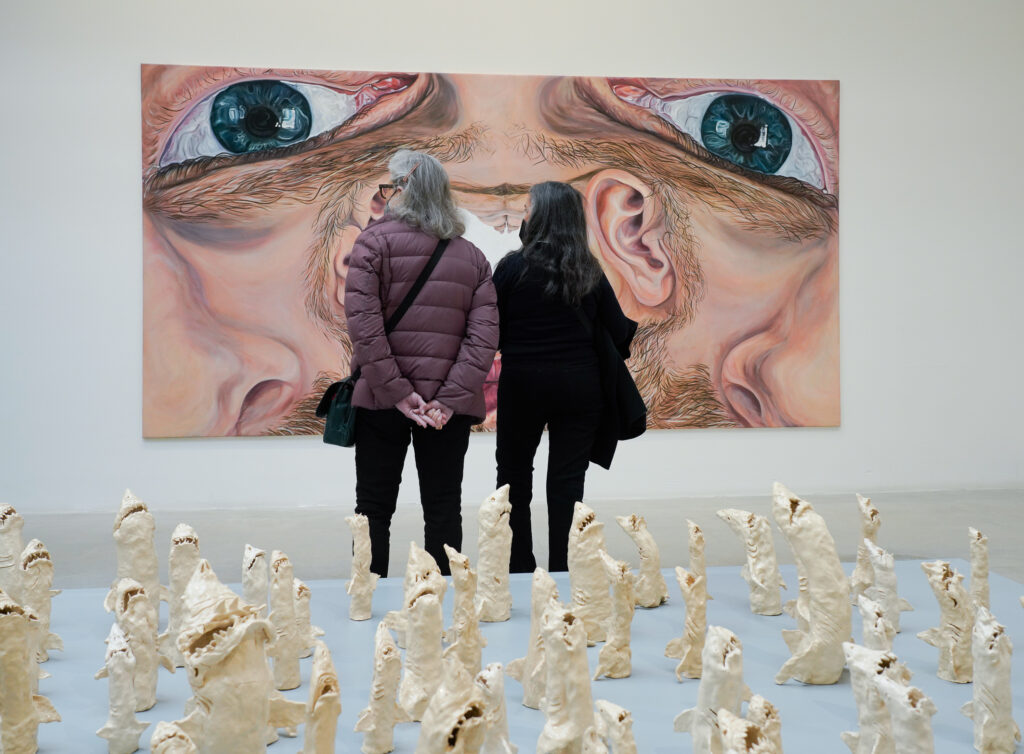 Just over a month to the finissage of Cecilia Alemani’s The Milk of Dreams. An Art Biennale, intense, diverse, necessary, stringent. Absolutely must-see by Nov. 27.

We might think that Art Biennale curator Cecilia Alemani opposed the vis destruens of cancel culture fanatics with her own idea of pars construens, the main exhibition itself at the Biennale, which she curated: The Milk of Dreams. In the short story collection, The Milk of Dreams, Leonora Carrington allows the protagonists of each story to define themselves and reinvent life and reality around them using fantasy. The milk of dreams is, in fact, a hymn to the freedom of Being what one wants, and of interpreting the world as we see fit. Cecilia Alemani, the curator of the 59th Venice Art Biennale, built upon this concept for the Biennale’s main exhibition, a strong, intense reflection on the identity of the human being and on the role that art, and culture more generally, can and must have to convey, courageously and often ahead of its time, messages of civil commitment. Modern society showed sensitivity and urgency in its relationship with themes that had been considered for a long time troublesome and worthy of trivialization, censorship, and repression. Over seven months, The Milk of Dreams has proved to be nourishment for the international ‘art fauna’, precious nourishment to stimulate conscience and invigorate the imagination of all those who confronted the art and materials and who had the courage to leave at the door any convention or prejudice towards the living experience of the other. Alemani mostly invited and presented female artists to try and fill in a millennia-old gender gap that is unconceivable today, without neglecting the queer community and culture. We needed this Biennale, we needed its urgency on the present, and we need to visit it before November 27. 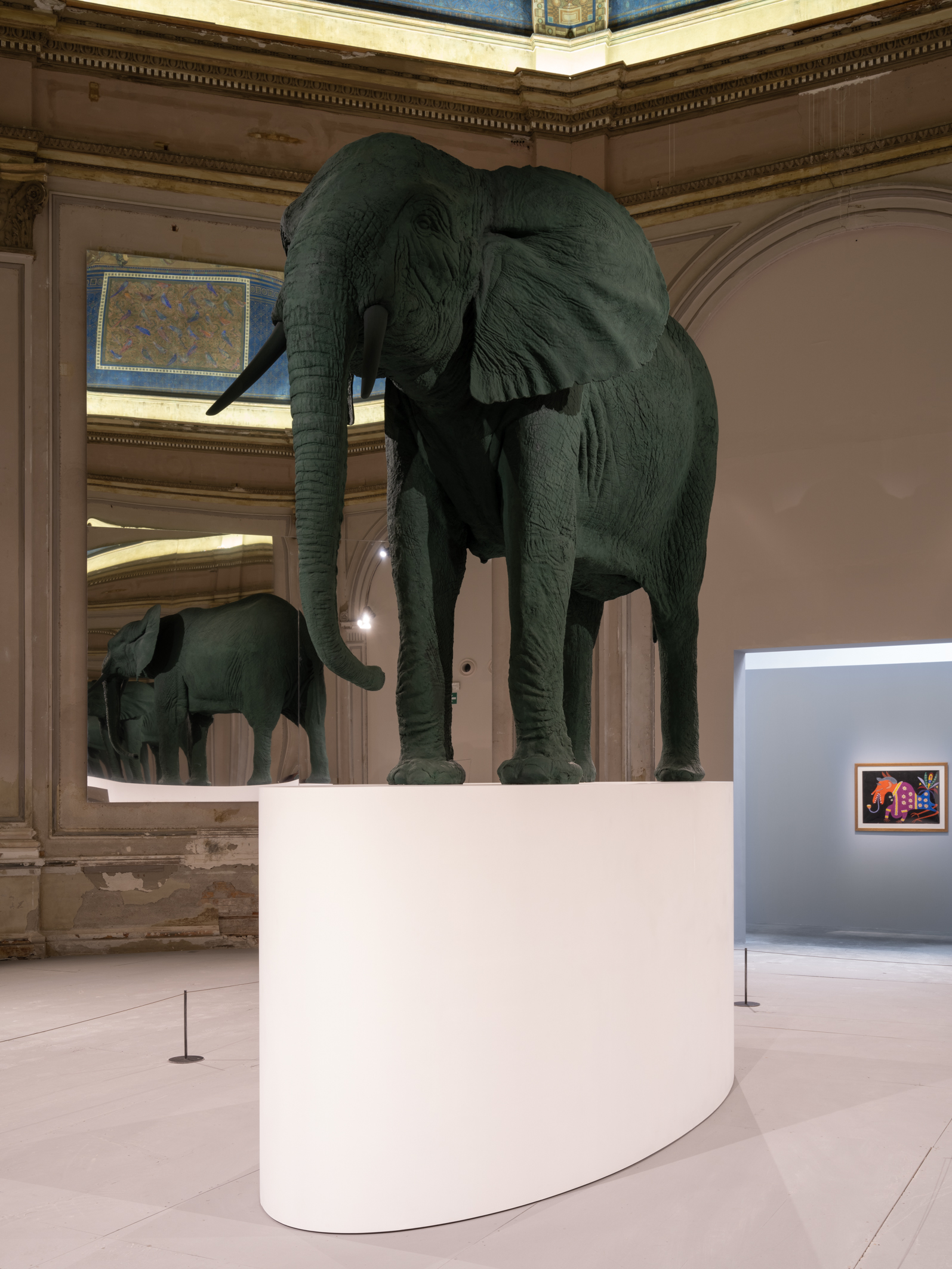 At Giardini at Central Pavilion, Cecilia Alemani traces an itinerary of historical, retrospective character, a collection of art and documents that prove the essential contribution of female artists and non-conventional authors to the historical avant-gardes, and more. By collecting these materials together and making them work with one another, which is something that never took place in such comprehensive fashion, their individual value has been amplified and their influence on future generations made apparent. This kaleidoscopic, multiform exhibition forces the audience – informed, conscious audiences – to reconsider some aspects of art history, almost invariably written by men, and highlights subjects and dynamics that are the essential elements of creativity. The exhibition also shows the threads that connect modern experiences and pas avant-garde experimentations using a mnemonic exercise. It is no chance that it all starts with Elefant/Elephant by Katharina Fritsch: the animal, an iconographic representation of long memory since ancient times, with its green skin reminding of environmental policies, shows that it is possible to look at the world with different eyes, because there are different, diverse ways to interpret the many realities we call existence. There is no one single dogma to adhere to, no single correct interpretation of life. As we walk further into the pavilion, we reach The Witch’s Cradle, where we can watch Maya Deren’s original, dazzling piece of video art and Leonor Fini’s and Remedios Varo’s dreamlike visions, Leonora Carrington’s imaginative stories, Benedetta’s and the other futurists’ wild experimentations, Joséphine Baker’s vital, joy-infused performance/dance piece. Far from the framing of feminine creativity as existing only in irrational, dreamlike, withing terms, a number of Bauhaus representatives and the capsule Technologies of Enchantment (with kinetic, programmed art by Grazia Varisco, Nanda Vigo, and Dadamaino) are examples of research based on rationality and science. So It Is (If You Think So). 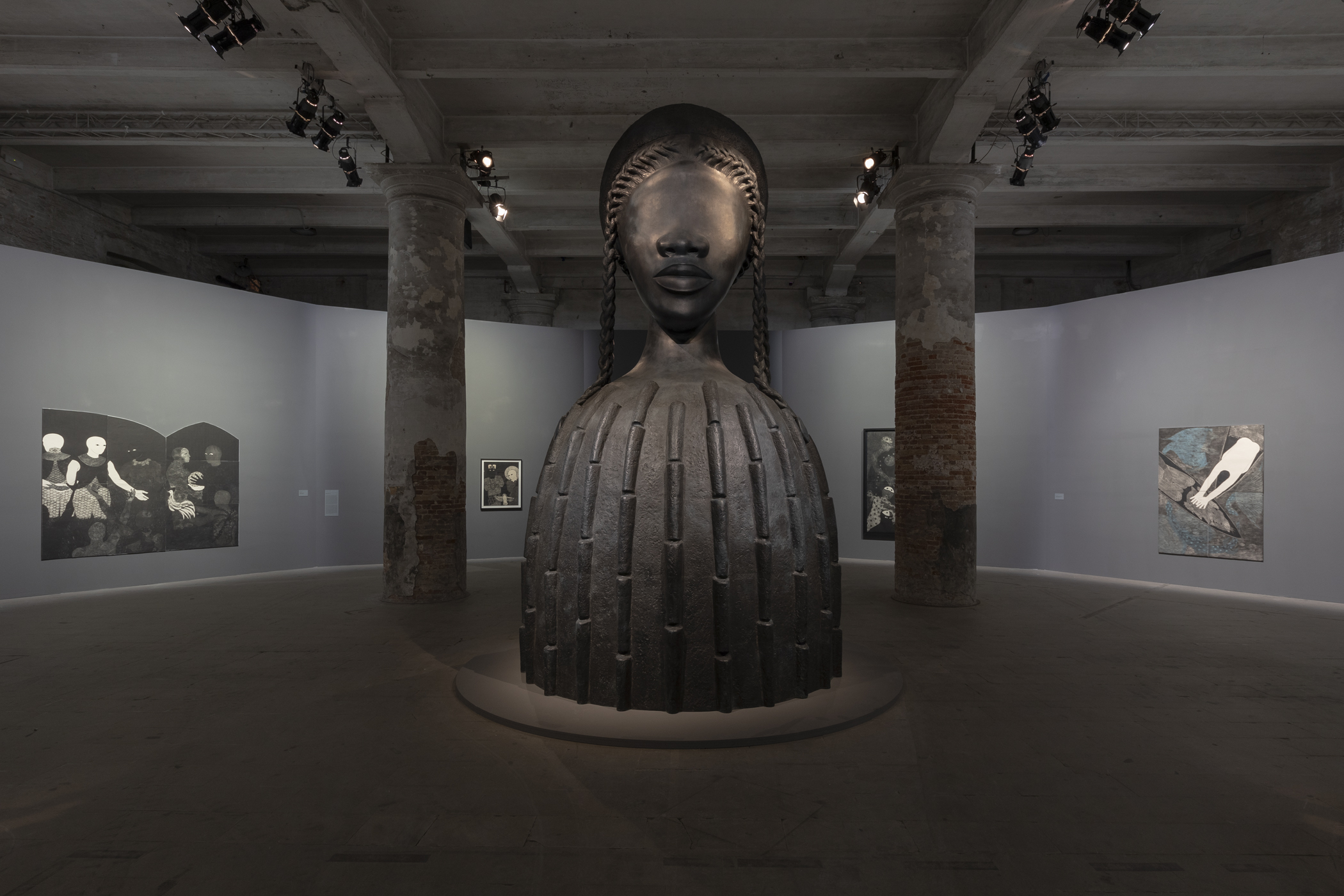 At the Arsenale, as well as the Giardini, Alemani developed a complex exhibition itinerary comprising three themed areas: the representation of bodies and their metamorphosis, the relationship between individuals and technology, the relationship between human beings and the Earth. The curator weaved together heritage and continuity, influences and derivation, poetry, life experiences to offer us a larger outlook on selected situations in the art and culture world in the twentieth century, where modern experiences trace their roots. Large space has been given to female artists: for the first time, it’s worth repeating, they outnumber their male counterparts. However, binary gender divisions make little sense, now, for The Milk of Dreams nourishes all, with no distinction of gender, latitude, or social conditions. The perfect example is the opening piece at the Corderie section, Brick House, a monumental bronze sculpture by Simone Leigh (who has been awarded the Golden Lion and also worked on the American Pavilion), a bust of an African woman. The woman has no eyes, maybe meaning she looks beyond the visible, and her bust is shaped after a cabin, or maybe a curvy brick house. We are welcomed by this totemic figure that evokes non-European primordial cultures, the archetype of the feminine, the desire to overcome contingent boundaries. Gabriel Chaile also worked on ancestral images and archetypal symbols in his monumental clay kiln/sculptures, which make use of elements proper of marginalized communities. At the Arsenale, we saw many different interpretations and variation on the theme of the human body or parts thereof: the young forest-dwelling mutants in Egle Budvytyte˙’s video (Songs from the Compost: Mutating Bodies, Imploding Stars), the joyful, colourful Nana by Niki de Saint Phalle, the disquieting Können und Müssen by Raphaela Vogel. One of the temporal capsules has been set aside for the figure of cyborgs, the human/machine combinations that fascinated generations of artists. At the end of our itinerary, we will reflect on communication-based societies (faster, unwieldy, uncontrollable, all-encompassing communication) thanks to Barbara Kruger: her space is made of words and signs of visual communication that will disconcert us and show the nature of the surreal times we live in

Interview with Cecilia Alemani, curator of The Milk of Dreams - Venice Art Biennale 2022

A new definition of human

59th Art Biennale, a live account of our present