The Cure arrives at the Kioene Arena
di Sergio Collavini 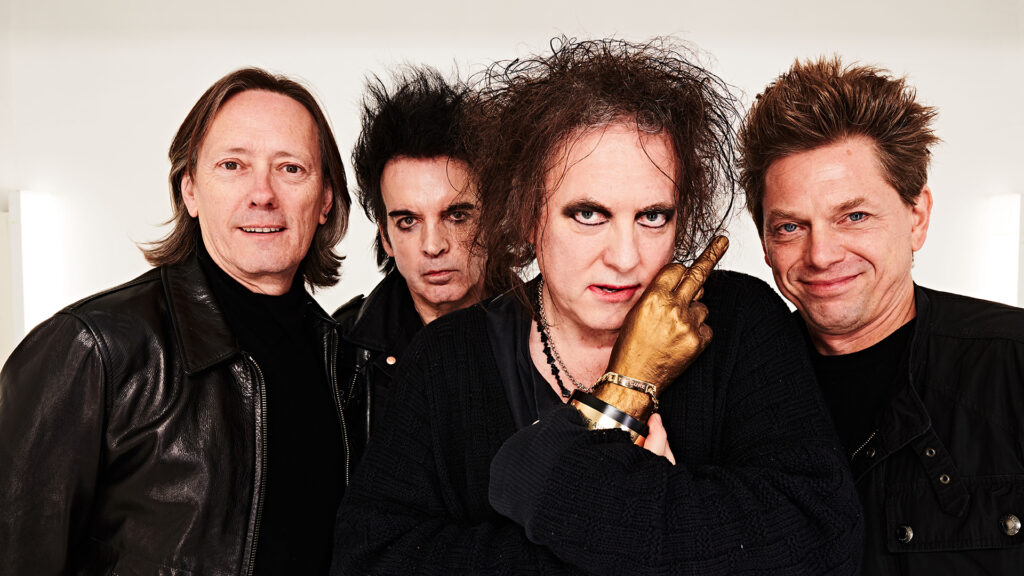 Robert Smith and his band on November 3 in Padua for a sold out concert, including cult songs from the post rock scene and highly anticipated unreleased songs.

At time of writing , the new album by the Cure, announced in May, has not yet been released. There is talk about an October release, and it is possible, though not certain, that those who will join me at the Kioene Arena in Padova on November 3 will hear live their new Songs of a Lost World. This is the Cure’s fourteenth studio album, and fourteen is also how many years passed since their earlier album (4:13 Dream of 2008). Over those fourteen years, all we had a few de luxe issues, reprints, and miscellanea. Aged 63, Robert Smith decided that the imaginary boy still had a few things to say. He mentioned how the upcoming album will be ‘hammering’, whatever that means, and that no singles will be taken from it. Closer to Disintegration than to 4:13 Dream, said Smith, who also added that the albums he wrote are in fact two, and they have been ready since 2019. Covid, obviously, complicated things. Dark boy icons since forever, although it’s fair to say that the definition falls short of their style. Their look is probably the most recognizable feature of post-punk.

The lad from Sussex – spiked hair, eyeliner, smudged lipstick – has always been able to play with pop, to climb charts, to plunge deep into dream territory, to flaunt dome dandy tastes, to explore decadence, rock, and new wave, always creating and always being recognizable as a sort of David Bowie celebrating Halloween. Moody all you want, Robert Smith’s ability to consistently pen song after song never failed to sustain his career. Even when his pieces weren’t quite the masterpieces Disintegration or Pornography were, he knew how to effectively keep going strong, with 4:13 Dream being a good example. However, fourteen ears with no new albums are too many, no matter how early you go to bed. It seems it is a long enough time to find some creativity, anyway, and shush those who saw them as a live band only, à la Stones. Speaking of stage, Simon Gallup should be there, too. Gallup joined the Cure in 1979, left, joined again, left again (it went on for some time…) and we must say, his pick/flanger bass style would have been missed, otherwise! It seems the concert will be a two-hour affair, two and half, tops, not the usual three and counting they got us used to when they rivalled Bruce Springsteen in concert length. We will hear new songs, that’s a given, but not much is known about the rest. We will know more on October 6, after the concert in Riga that will start the tour. Their last apparition in Italy was in 2019, the closing act at Firenze Rock. On that occasion, they played some thirty pieces and most all of their successes. June 2019 – no idea of what would come in a few short months… good auspices for what will be!