As Comets are made on 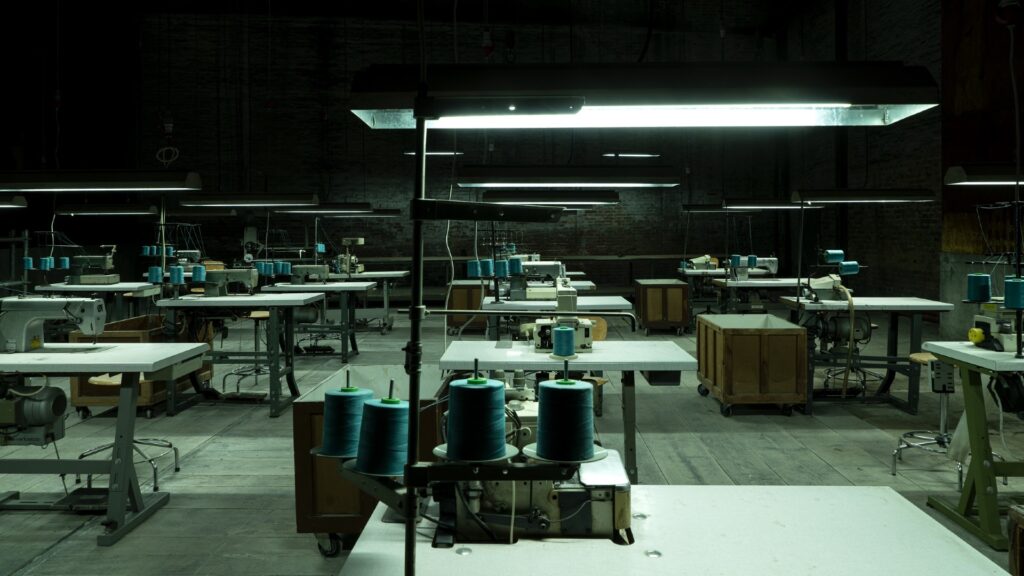 Evocative, imposing, imbued with a poignant melancholy, the Italian project at the Venice Art Biennale 2022 is at the same time a journey into the past and a look at the contradictions of our country’s contemporaneity.

Visitors enter the Italian Pavilion from what looks like a way into an industrial site. They are invited to keep as silent as possible, while a vintage radio plays a popular Italian song from the 1960s. The first section of the Tese building is a silent, abandoned factory, a bare, chilly depot where scarce traces of life show that life isn’t, in fact, there anymore, or at least has moved elsewhere. The spectral legacy of the Italian economic miracle are machinery, tools, punch clocks, tables in equal rows – the alienating dimension of mechanized labour, in both its male and female variants.

When we designed our Pavilion we wished to realize a fully immersive experience. Gian Maria’s work has always been characterized by a strong semantization of the spaces and of the devices he uses to concretize the spirit of his work. [Eugenio Viola, curator] 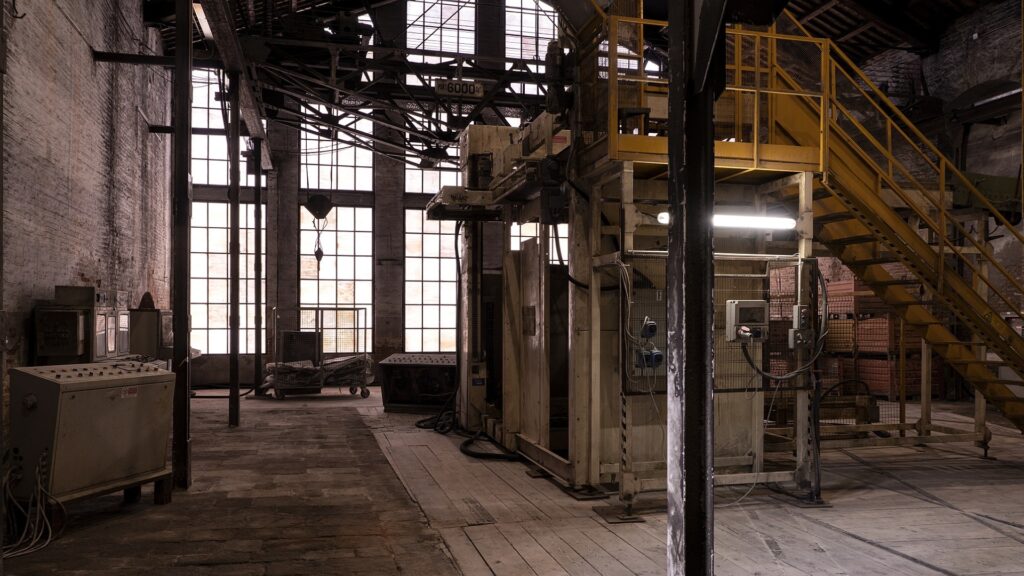 When we were asked to create this Pavilion, I agreed with Eugenio that it was urgent to talk about the present, that is to say about “night”. As we had to focus on our present time, we couldn’t but talk about the unsustainability of our lifestyle, not only from an energy and environmental point of view, but also and above all from the point of view of our dreams which will be more and more difficult to achieve. [Gian Maria Tosatti]

Lastly, shadow and a black liquid engulf the last section, barely lit by small flickering lights. These are the fireflies, whose disappearance had been lamented by Pier Paolo Pasolini in an article he wrote for the “Corriere della Sera” in 1975, mere months before his assassination. Pasolini was not worried – or not only worried – about the environment. 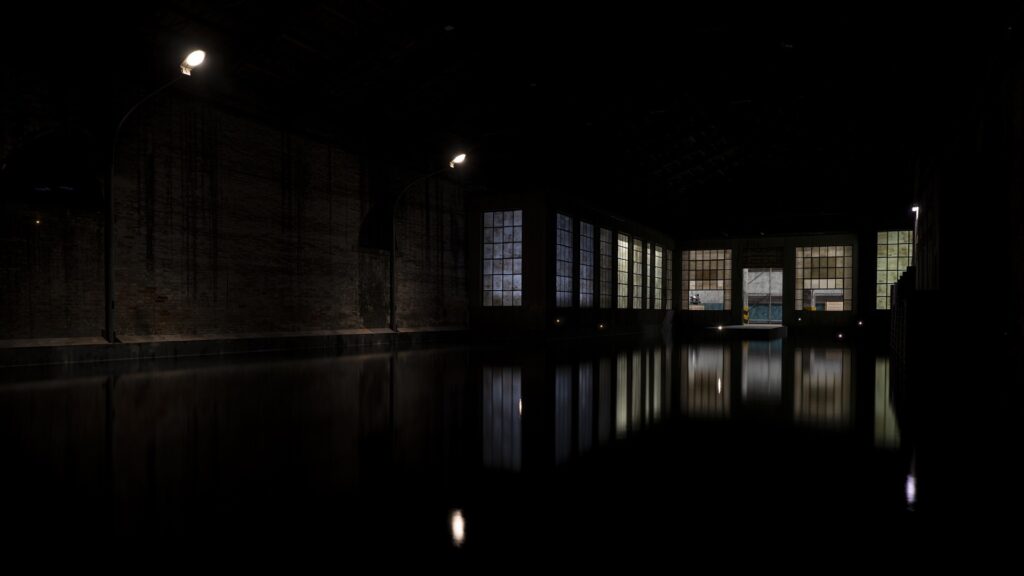 The disappearance of fireflies was a metaphor of changes in Italian political and social life, a moment of passage between two epochs, between the ‘fascist fascism’ and the ‘Christian democrat fascism’ – both imbued in the rhetoric of God, motherland, and family – and the new capitalism that revealed the inability of the political class to understand the changes and the needs of the newly-minted ‘Italian economic miracle’ social class. Gian Maria Tosatti’s art is suggestive, imposing, and melancholic. It is, at once, a journey into the recent past of our country – History of Night – and a look on the contradictions of modernity tinged with worry about a model of development that separates people from their natural dimension. And tinged with worry about the outbreak of war, too.

A part of the Pavilion deals actually with our present time, a present that at the time we started working we did not think could be the equivalent of such a pitched dark night: we believed, in fact, that we were facing at that moment the worst of our recent history, we couldn’t imagine that the tragic dimension of war could become such a topical issue. […] But I certainly did not expect that such a war would break in the Western world where democracy was set up several hundred years ago. Unfortunately what has happened shows how talking about “night” was sadly appropriate. [G.M.T.] 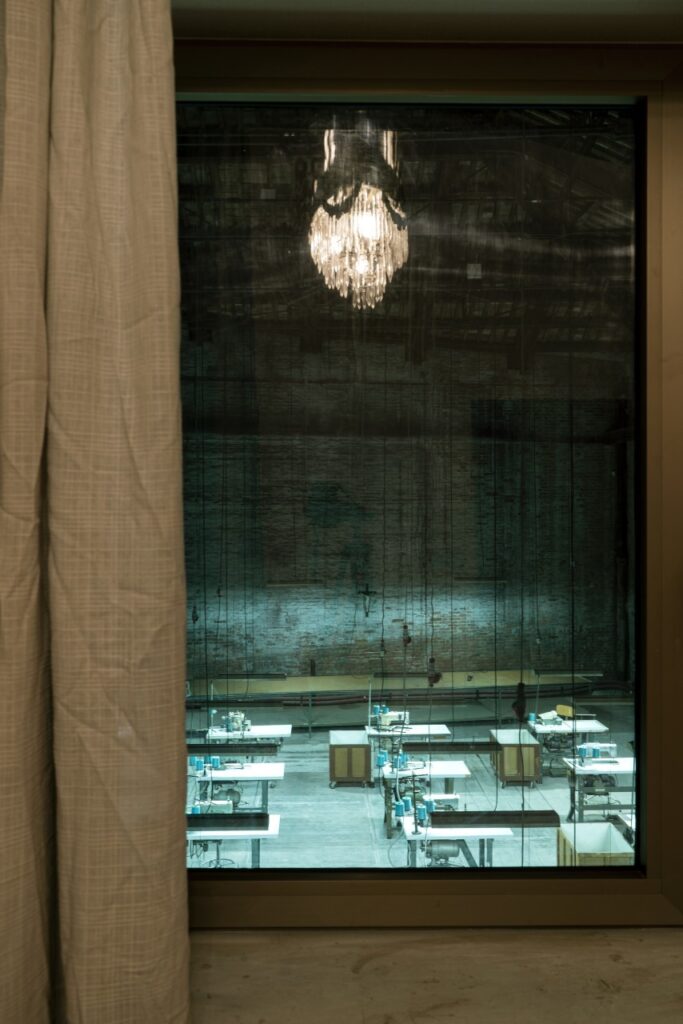 However, the final piece of the Pavilion opens to hope, which, like a Comet, cannot but reach its Destiny, trying to pick and keep the best of it. The openness to an optimistic vision takes form in a series of meetings with experts in ecology and environment and protagonists of the cultural world. The events are taking place over the course of the Biennale, providing the space for reflecting on the best ways to care for the environment and for public debate on the United Nations 2030 Agenda for Sustainable Development.