From the Rising Sun to the Count of Luna 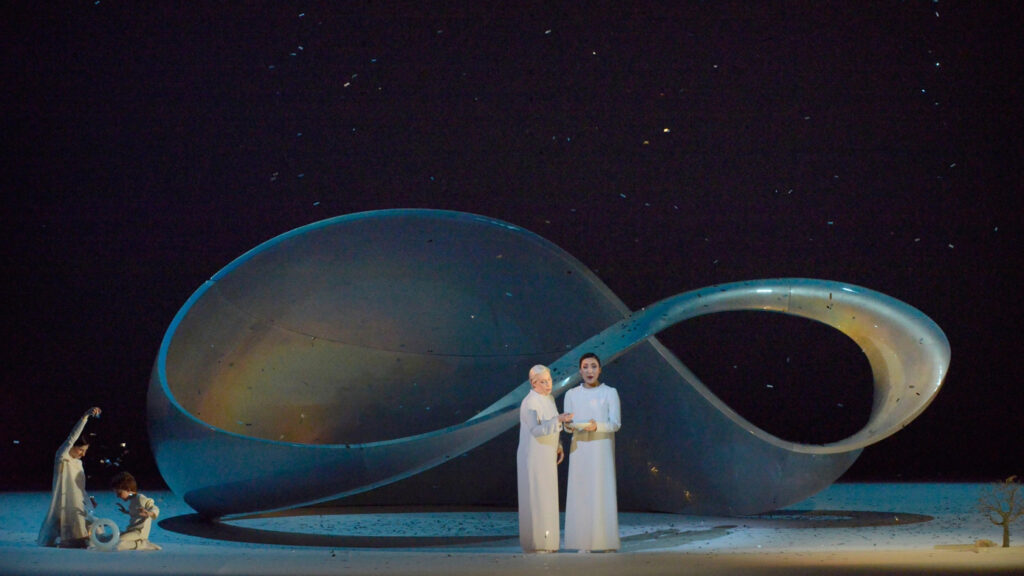 From 10 to 23 September, Madama Butterfly and Il trovatore alternate in Campo San Fantin for the conclusion of the 2021-2022 Opera Season.

The September programme at Fenice Theatre lists two of the most important, popular, and beloved pieces of opera: the Madama Butterfly and the Trovatore. Puccini’s opera, which will be performed from September 10 to 22 in cooperation with the Renata Tebaldi Foundation, is dedicated to Tebaldi herself. The soprano, celebrated for her meticulousness, used to feel uneasy about performing in the role of Cio-Cio-san, whose diminutive presence was quite unlike statuesque Tebaldi’s. In the end, the pressure from her public won her over – they longed to see her in that role. The Butterfly was Puccini’s favourite – the composer studied Japanese customs and traditions for three years to better shape Cio-Cio-san’s character, and over a hundred years later, she keeps charming audiences everywhere she goes.

The inspiration came to Puccini as he was visiting New York in the year 1900. There, he saw a drama staged by David Belasco, a one-act story adapted from a novella by John Luther Long. Long’s sister sojourned for some time in Japan, and he wrote Madam Butterfly to preserve her stories. The performance at Fenice will see the participation of Japanese artist Mariko Mori under the direction of Àlex Rigola, formerly the director of the Venice Theatre Biennale from 2010 to 2016. Verdi’s Trovatore debuted in Rome. The staging we will see at Fenice from September 11 to 23 will have Francesco Ivan Ciampa as conductor, Lorenzo Mariani as director, and scenes and costumes by William Orlandi. The Trovatore’s libretto is an adaptation of drama El Trobador by Antonio García Gutiérrez, and it was Verdi’s idea to turn into opera. Verdi entrusted Salvatore Cammarano with the adaptation. Cammarano, died in 1852, so Verdi and Leone Emanuele Bardare completed the work. The Trovatore is a four-act opera set in Spain in the early 1400s. Heartfelt song tells the story of burning passions such as love, jealousy, revenge, hate, and lust. Manrico and Count di Luna are both in love with Leonora. They fight to death for her, never knowing they are, in fact, brothers. The story is quite intricate at times, but the miracle of Verdi’s music and the poetry of the libretto make for an absolute masterpiece of classical opera.