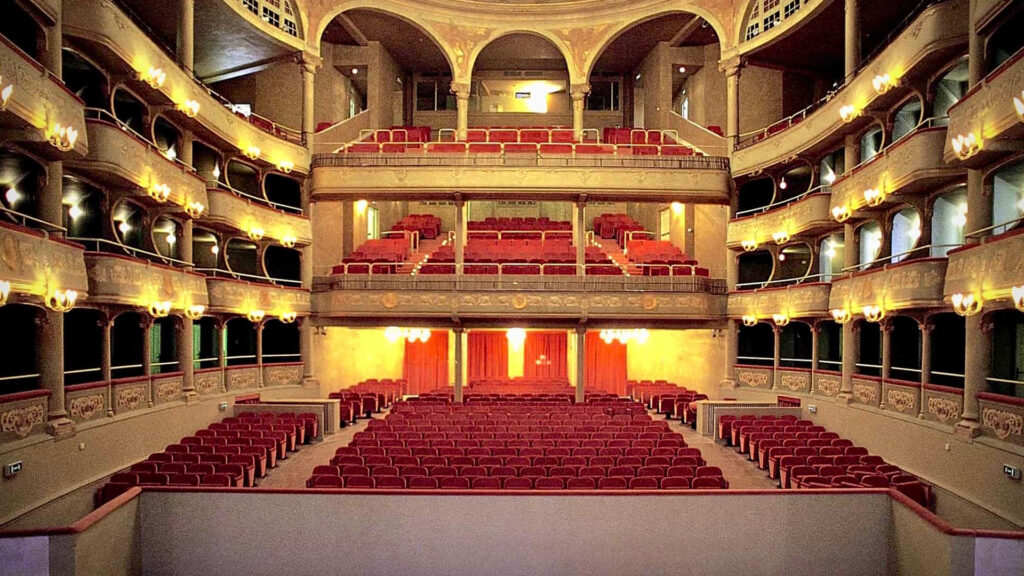 The theater of San Giovanni Grisostomo was built in just four months at the end of 1677 on the site where Marco Polo’s home was built in ancient times, a fact proved by the nearby toponym of the Corte del Milion. The architects of the initiative were the Grimani brothers of Santa Maria Formosa who carried out an intense entrepreneurial activity in the theatrical field. In 1835 it took the name of Malibran theater, from the name of the great singer who sang La sonnambula here. On 23 May 2001 it was officially inaugurated, following the completion of the renovation works.