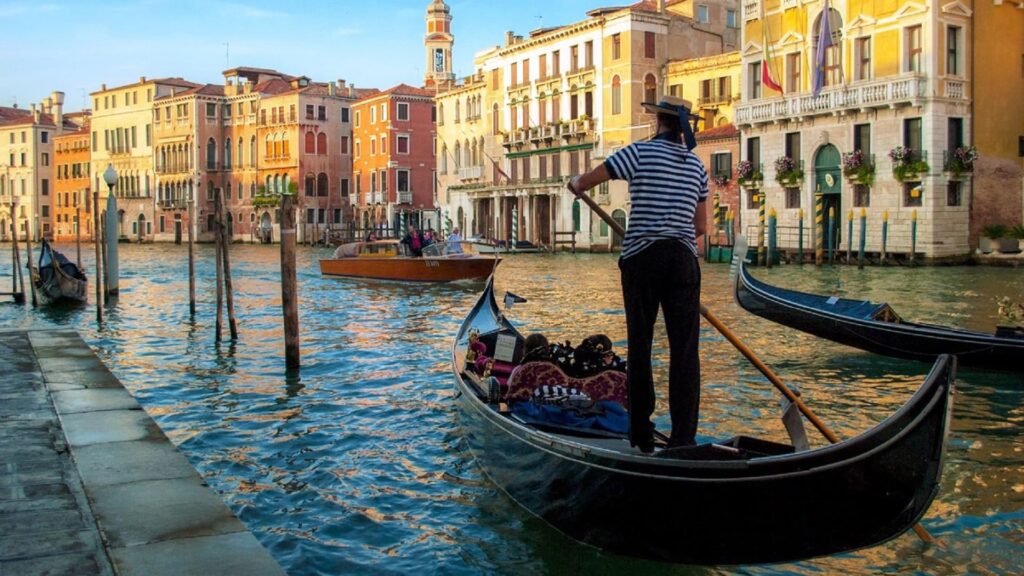 Gondoliers are skilled rowing professionals. As they stand, alone, way aft, they can steer the gondola anywhere they please, zipping through waterborne traffic: powerboats, barges, vaporettos.

It boggles the mind how one of the least common jobs in the world is also one of the most recognizable. Save some clumsy imitation attempt in Vegas, gondoliers are to be found in Venice alone. You’ll want me to say that the job hasn’t changed in centuries, but it is not so. In fact, in changed as our habits grew lazier and waists larger. Every gondola can, today, carry as many as five passenger and not six as it used to be. Parade gondolas, which are larger and more robust, carry twelve and not fourteen. There’s no hiding it, we are overfed, and with Archimedes as my witness, we don’t want the payload of the delicate barque to lower its freeboard to the point water spills in, passengers end up swimming in the canal, and a good time was had by all… not. 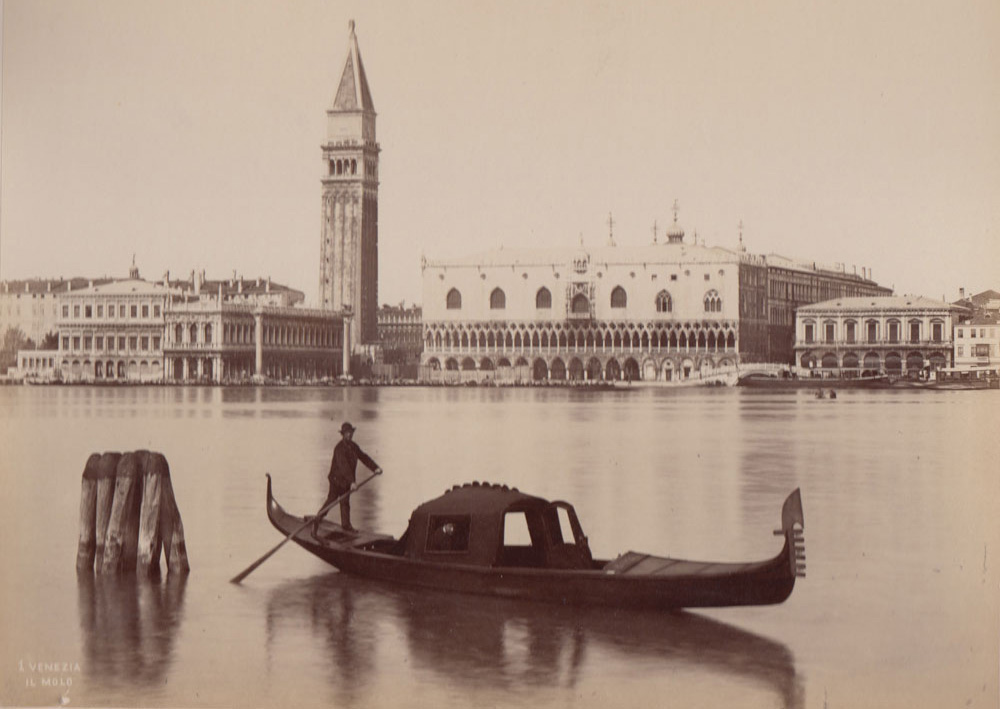 Gondoliers are skilled rowing professionals. As they stand, alone, way aft, they can steer the gondola anywhere they please, zipping through waterborne traffic: powerboats, barges, vaporettos. The origin of the job is indeed old: gondoliers were hired by rich families to take them around town and were trusted employees, seeing as how they witnessed trysts and secret partnerships in remote crooks around the Lagoon. 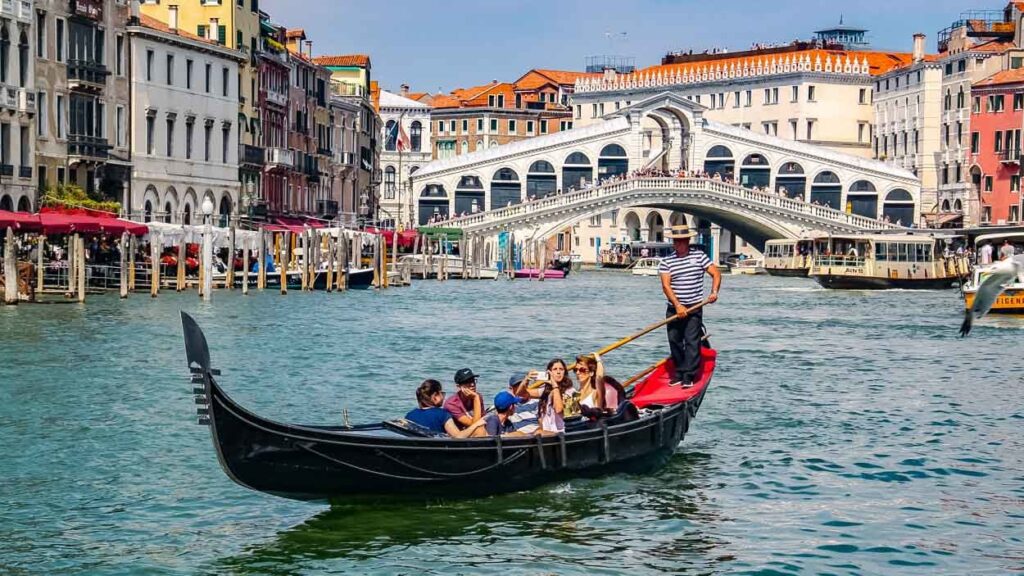 For decades, gondola licenses were not issued, but inherited from father to son. If there was no son willing to take up the job of his father, aspiring gondoliers had to go through a lengthy internship with an established professional. After his mentor’s death, the prospect was examined in his skill by the guild, and judged on his ability to manoeuvre in the most remote canals in town. Oh, and part of his wages had to go to the mentor’s widow as rental payment of the boat itself. Today, you don’t need to be son of a gondolier to become one. You do need to take special classes, which you enter after a preliminary exam, and you need to be a professional lifeguard, too. Classes include at least one foreign language and the basics of Venetian art history. Once you pass all classes, you go through your six-to-twelve-month internship. It doesn’t end there. A panel of five judges still holds your license over your head and even when you do get it, you’ll sub for others for a while. It takes years to get the highly sought after permanent licence from the City, which entitles the holder a spot along one of the quays. The gondoliers’ guild pays homage to knowledge, rites, and parameters that are hundreds of years old.