30 years of Fondazione di Venezia, a book and an exhibition on the city's graffiti
by Mariachiara Marzari 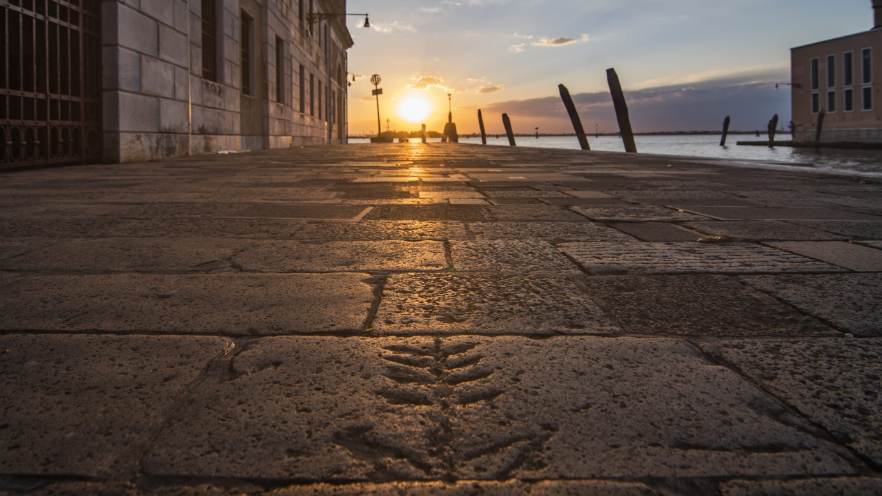 It is no chance that the celebrations for the thirty years of Fondazione di Venezia’s establishment coincided with the opening of their latest exhibition, I graffiti di Venezia, at their offices in Rio Novo. The exhibition is a collection of photographs by Simone Marangon, which he took as part of the documentation for Alberto Toso Fei’s and Desi Marangon’s book of the same name.

I graffiti di Venezia documents the graffiti to be found around town over the centuries – indelible signs that time didn’t take down and now an integral part of the monuments they were inscribed onto. The exhibition, which will be open until September 30, allows us to understand the unadulterated history of the traces left on stones, on the islands that make up this city, by common people as well as some of the literati. In these inscriptions, we can recognize human faces, celebrations for the election of dukes, winged lions, gondolas, initials, poetry, ships, animals, crosses, as well as markings of exceptionally high tides. They are on columns, walls, corners, entryways, door jambs, even on windowpanes. Six hundred years of history recounted by Toso Fei and rendered in photography by Marangon as a kind of visual memory of a living city, so full of humanity. 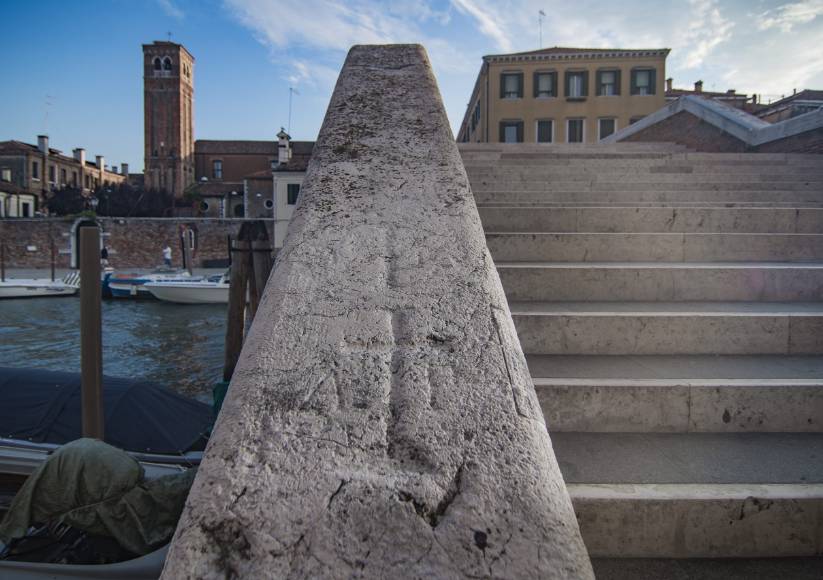 The metaphor of the action of Fondazione di Venezia is obvious: transparency, responsibility, subsidiarity, connection with the territory, efficiency in resource usage, quality of intervention have been part of Venetian culture and society over the last thirty years.
The Fondazione is now writing its own history: large-scale operations like the selling of Casa dei Tre Oci and of their Rio Novo offices and the acquisition of their new home on the Grand Canal accounted for a 15% raise in their assets and primed the foundation for better returns on their investments, granting it more power and outreach on Venice and its metro area, and its ability to influence positively progress and development.