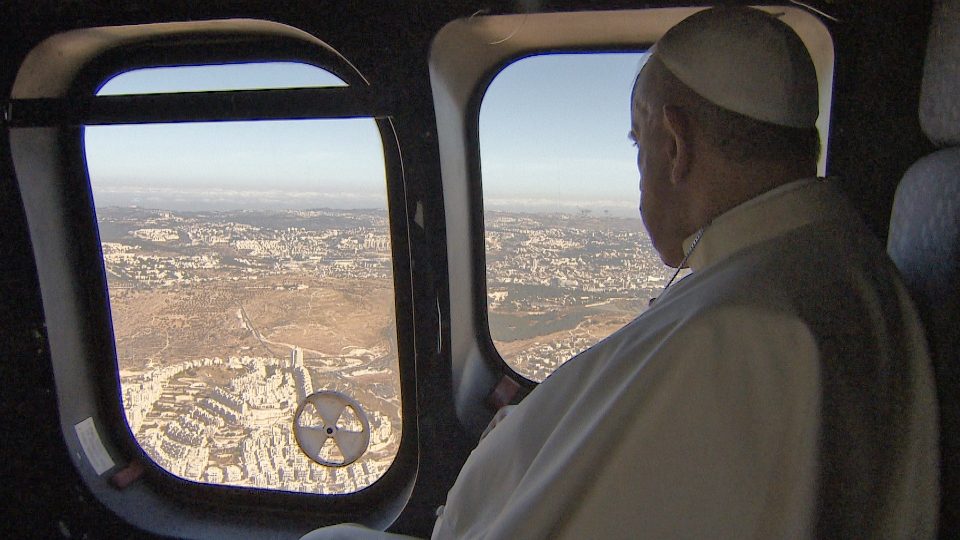 The film combines Pope Francis’ travels with his parables in a work commissioned to director Gianfranco Rosi who, while reluctant at first, ended up growing passionate about the material and examining hundreds of hours of footage. In his nine years as Pope, Francis visited over fifty-nine countries in thirty-seven trips. While looking at video recordings, the themes that are most dear to him become apparent: peace, the safeguard of nature, and denunciation of child abuse, especially within the Church.

Born in Eritrea in 1963, Gianfranco Rosi is one of the most appreciated Italian documentarists, and the only one to earn the most renowned awards in European filmmaking (Venice, Berlin, and Cannes). His first feature film, Below Sea Level (2008) had been awarded as Best Documentary in the Orizzonti section, and is but the first of his successes. Following are: El sicario – Room 164 (2010). Golden Lion-awarded Sacro GRA (2013), and Fuocoammare (2016), an Oscar nominee for Best Documentary.