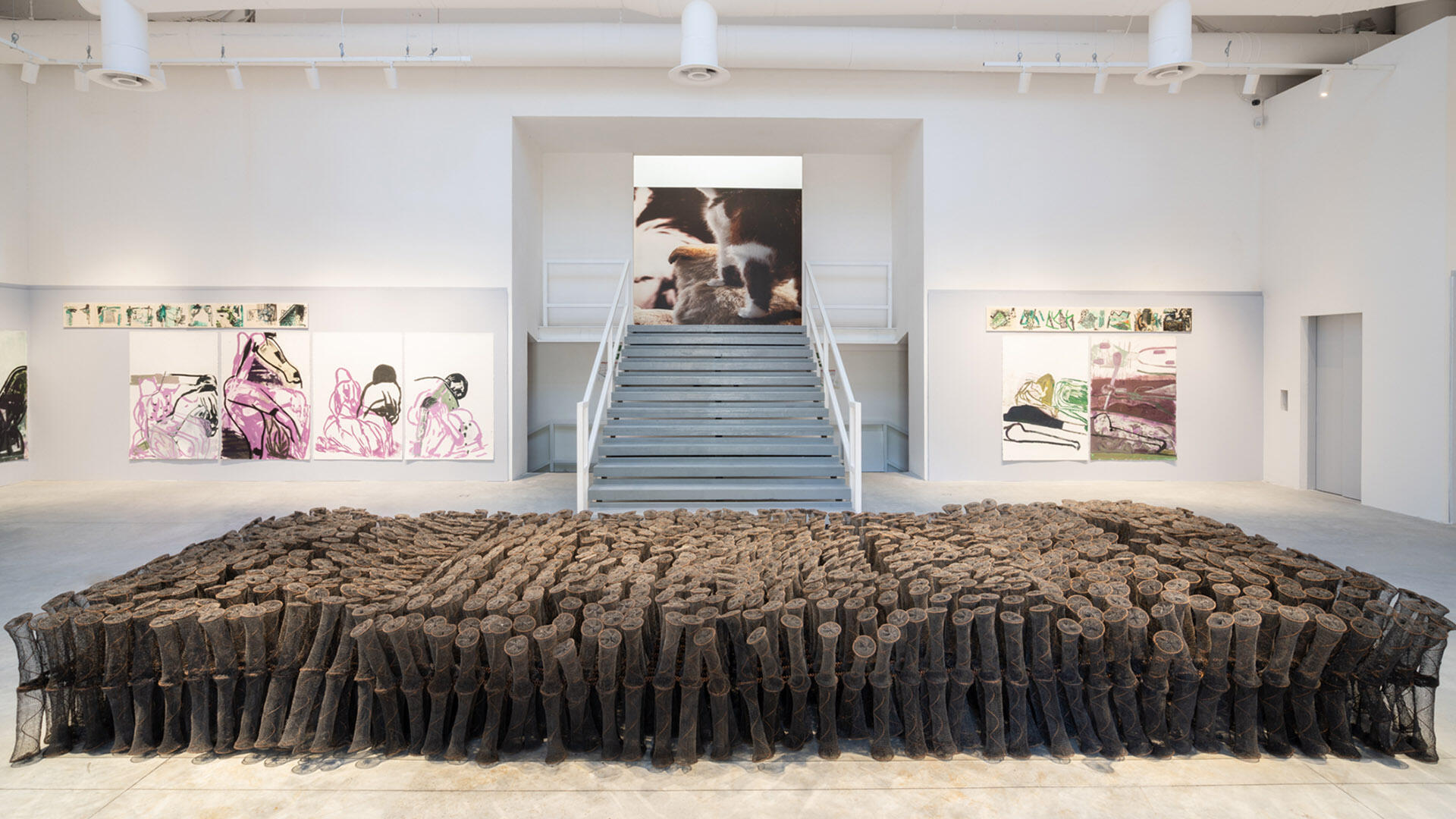 “We, people of dead languages, survivors of genocide, survivors of slavery, everything that we had to lose has already been taken, this is our power.”
Her sculptures, installations, video art, and performances of abstract, minimalist style confront the concept of earth as a repository of memories and the notions of place and time as lived experiences. By using found objects as a starting point, Bronwyn Katz regulates her creations with formal decisions and attention to compositions and lines. As in Gõegõe, a large sculpture made from bedsprings and black pot scourers. Placed on the floor, the six- meter-wide work is named after a mythical water snake that becomes a metaphor of the contemporary exploitation of Man towards the Earth and other living creatures.