The courage to forgive

Hen in the Wind, the least 'classic' by Yasujirō Ozu
by Giorgio Placereani 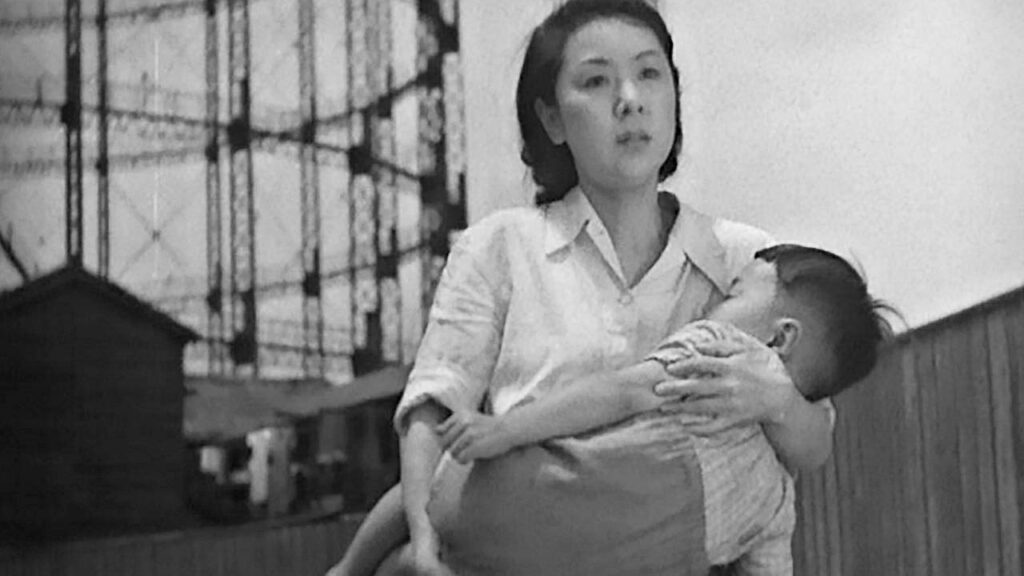 A Hen in the Wind (Kaze no naka no mendori, 1948) mirrors the desperation of post-WWII Japan and is quite different from Yasujirō Ozu’s classics we know. From the point of view of cinematography, we can ascribe this film to his realistic period of the 1930s (Tokyo Chorus). Ozu wrote the script with Ryōsuke Saitō, not with his regulars Kōgo Noda or Tadao Ikeda. What is missing is that element of abstraction that is typical of Ozu’s golden age – A Hen in the Wind is a rough film about prostitution, and is one of Ozu’s few where violence is shown clearly. It makes sense to compare it to Women of the Night (Yoru no Onnatachi, 1948) by Kenji Mizoguchi. The two have a few points in common.
In US-occupied Tokyo, Tokiko’s (played by the great Kinuyo Tanaka) husband went MIA. She is destitute and has a child to provide for. She is offered the money she needs for her sick child, and she sells herself that one time. (There’s a beautiful psychological scene of Tokiko looking at herself in the mirror, quite unusual in Ozu). The husband finally makes it back and suspects his wife. His insistent questioning is almost masochistic. He finds the brothel where Tokiko worked, and he helps a young prostitute turn her life around, though he remains hostile with his wife. Only by admitting how much they suffer are they able to forgive each other. They’ll rekindle their flame and work through their past. The final shots show children playing (the future) and two sojikei (mirroring) figures (harmony, a common theme in Ozu’s filmmaking).

A HEN IN THE WIND 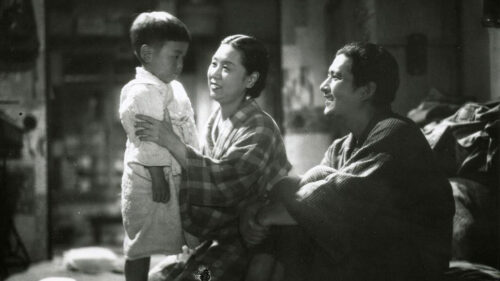 A movie that is quite unlike others in Ozu’s filmography. It contains scenes of brute domestic violence, in contrast with Ozu’s usually controlled style. This min...