People of the frontier 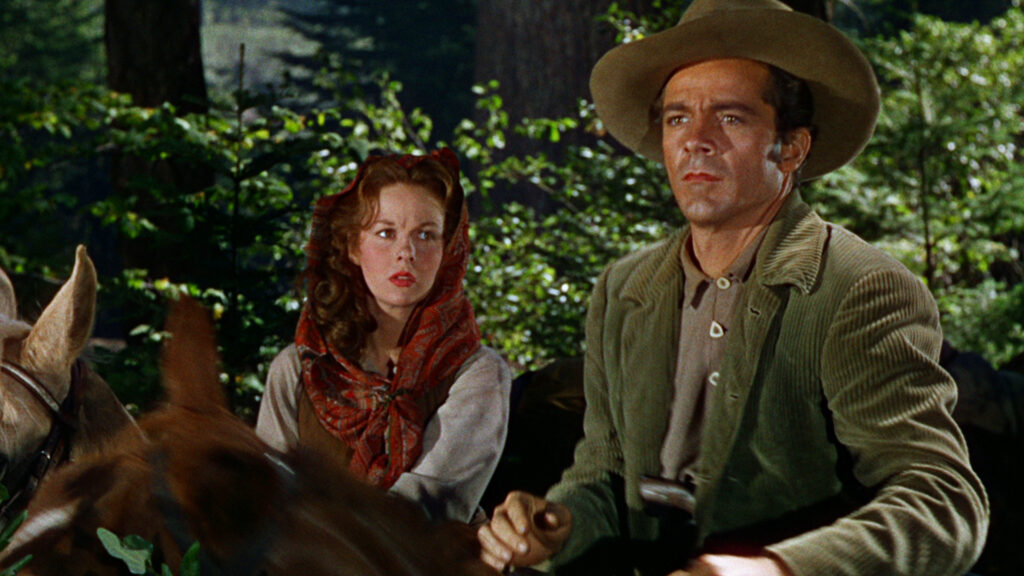 It’s not odd for a western to set its opening scene in a rainy city, but in Canyon Passage, the scene is shot from a rooftop and at a tilted angle. It has an air of grey, everyday objectivity to it. This West is realistic and muddy, and everybody seems to complain about the weather. Then you drive out of the city, and Tourneur majestically frames nature, with that sense of beauty and free space we saw in Way of a Gaucho (or even a very urbanized western such as Wichita).
Worthy son of a great father (silent film director Maurice Tourneur), Jacques Tourneur is a stylist of B-movies. At the end of it, his film is about two ways of looking at the Frontier: homesteading (a good piece of land to live on) or travelling (the open land). Our protagonist, Logan (Dana Andrews), goes all-in on the latter. It is no chance that his ambition is to start a stagecoach business. In the first part of the film, a couple good references (a settlers’ wagon leaving a place that has become ‘too crowded’) rhyme with Logan’s feelings (“You’re never happy except when you’re on the go.” Lucy tells him).
The film includes a beautiful scene of a house being built for a couple of newlyweds at the hand of their community. But settling is not something Logan would think about, ever. Logan is, now, torn (Canyon Passage is unusual in its free psychological development) between two women: Lucy (Susan Hayward) shares his love for travel, Caroline (Patricia Roc) dreams of a home she can call her own forever. The original owners of the land, the Native Americans, also want to have their say. 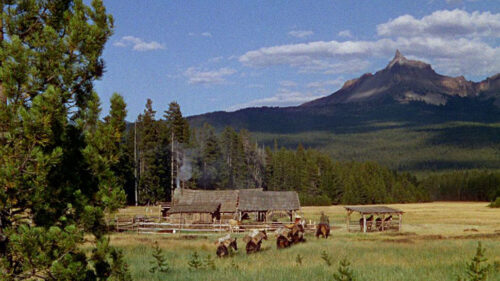 An interesting Western B-movie that follows several plots – the protagonist’s interest in two women, his friendship with his gambling addict business partner, a k...