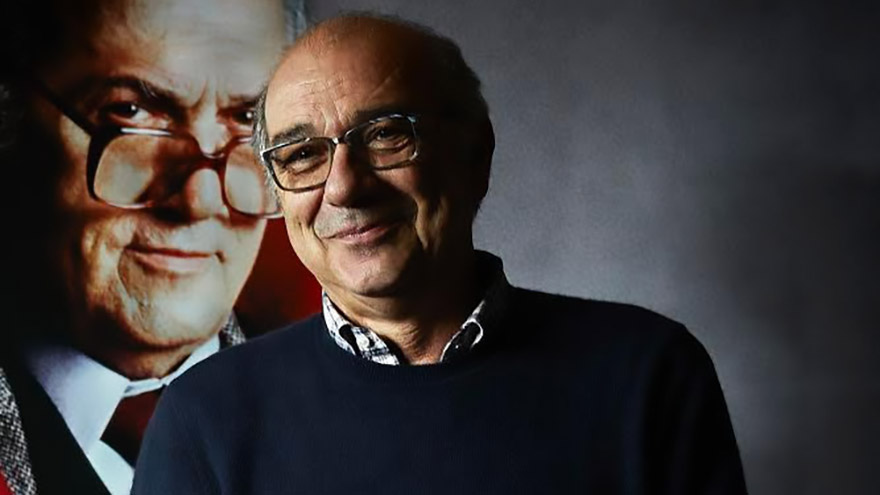 When we think of the Venice Film Festival, all our attention is on the star system: the red carpet, the beautiful faces that draw most of the media’s attention. However, a high-level festival is a complex machine, with many people working for it, and they are the ones who pull the threads and work behind the scenes of this amazing ten-day event of great international cinema. Giancarlo Di Gregorio is the manager of the Festival & Markets office at Cinecittà, and is one such figures, a true network-maker here at the Lido. This is his 39th Venice Film Festival, and we thought it would be interesting to talk with him on how this wonderful machine for emotions evolved over four decades. Let’s take a look at what’s inside.

90 years of Venice Film Festival, 79th edition. We are fast approaching three-digit numbers, here. How did the Festival change over the last four decades?
My first Venice Film Festival was that of 1984. I never skipped one. I must say my memory works quite well: I remember the Excelsior Hotel being renovated, I remember people coming and going, I remember how nearly everything changed. Let’s start with the making of the Festival. What changed the most is the way the Festival is produced, there’s so much going on, so, so much in an event that grew huge. Content has changed, too, especially for those of us who work on the inside of things. There’s so much energy, though: I meet so many more people than I used to. Come to think of it, it must be a reflection of how cinema, today, is fragmented. It’s just not as monolithic as it used to be.

The Italian Pavilion carried out once more an essential role for cinema professionals: meetings, conferences, conversations involving the best of the world of cinema.
The Italian Pavilion is undoubtedly the centre of the collateral events to the Festival. The content we offer grows every year, and we are no exception to the general trend of multiplication of events and activities. It is exhausting to keep track of it all, but the effort pays off immensely. Events are always successful, and we are very happy they are. This year, most events had a quite ‘institutional’ character. Promoting Italian cinema around the world is our core mission. Basically, we are the cinema operatives of the Italian government.

What makes the Venice Film Festival special.
Venice is quite different from Cannes and Berlin, especially because of its family-like air. We all know each other, we stand beside one another even in the moments of daily life that are not related to cinema, like having lunch and dinner. Cannes and Berlin are, from this point of view, more dispersed and less human-sized. They might be more glamorous – Cannes, especially – but as far as I’m concerned, it’s not that important to be. Here in Venice, we are gathered, we are a small village that allows us to meet in a climate that is very Italian. Convivial, that’s the term. This is the feature that is really the VFF’s own.

Cinecittà and your role in the filmmaking industry.
Thanks to our new governance structure, Cinecittà is going through a pump phase, also thanks to EU contributions. We are working like never before, productions line up to film here, especially Hollywood. Angelina Jolie was here recently. I must say we are an extremely healthy industry and pushing every day new and original creative production.
Government investments in the audio/video industry show a clear uptrend, especially considered the difficult historical period we find ourselves in. Now, not everything that is being produced is worthy on mention – quite the contrary. Too many films are just not up to par with the creative tradition of Italian cinema. We do our best, we network, we help the industry. Culture is an industry, and it should work that way. Many keep saying culture doesn’t pay the bills. But it does! I’m here to prove it!

The future of theatres.
We had three panels on this very topic right here at the Venice Film Festival. How to invite audiences back to theatres at a moment when home-based fruition of media is all the rage? Of course, theatres should be updated, changed, whatever. We cannot ignore what happened over the last two years. Many of us were forced home and subscribed to media delivery platforms, which were already growing exponentially before the pandemic.
Also, we should take notice of how making a lot of movies doesn’t mean making a lot of good movies. There are many that just don’t make you want to go to the theatre to see it. It’s expensive, too – especially in cities, with many, so to speak, accessory expenses. It’s understandable that families think twice before they go to the movies. It makes all the more sense, then, to think long and hard about quality. Theatres must renovate. The times when one goes to see a movie on the spur of the moment is long gone. Naturally, it’s hard, expensive, and one risks failure. We must be optimist, and I think most of the industry is. Once again, creativity will keep us moving forward.