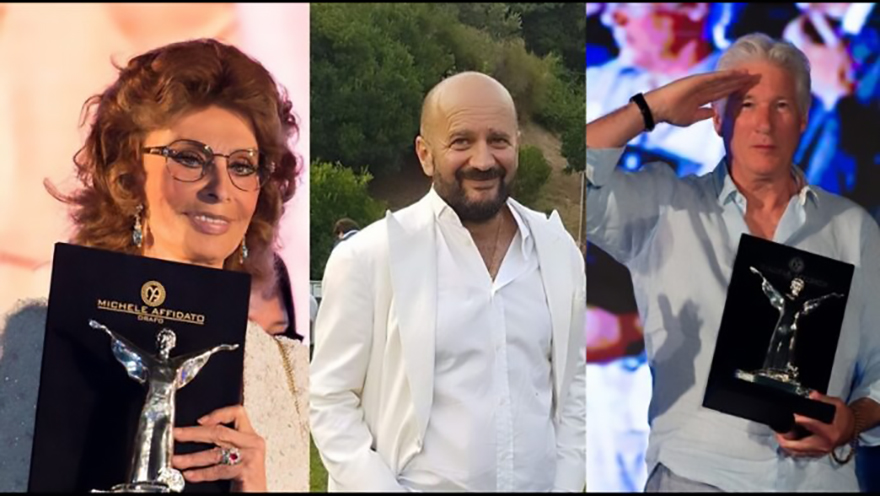 The Basilicata region, in southern Italy, is a beautiful example a region that until not long ago had little touristic traction can develop a centra role in the world of film and TV production, with important positive effects on employment.

The Maratea Film Festival became an important summer event for cinema – internationally, too
Next year will be our fifteenth edition. Our festival grew so much over time: it started as a niche event, and is now an appreciated event with an affectionate audience and on the radar of actors, filmmakers, and international producers, who won’t skip a visit to our beautiful coastal town of Maratea. The last edition of the Maratea Film Festival, in July, welcomed two of the greatest movie stars from Bollywood, which we have been working with for a few years. We also had Darko Peric, Luisa Ranieri, Toni Servillo, and gave an award to a dear friend of ours, Cesare Cremonini. The Marateale, as we now call it, is growing in TV coverage, too: most primary Italian TV channels covered us, as did one Indian broadcaster and an Emirati one. Another important outlet is social media: we signed an agreement with Stardust to promote Marateale on those platforms. We are growing more and more visible and are immensely proud of that. So much fruitful networking takes place here, our Festival is now by all means an important, authoritative appointment. It is not merely a showcase, but a factory of film ideas of international relevance. By late September, many productions will film in Basilicata, which shows how our networking paid off as tangible results.

Environmental sustainability
A topic of absolute importance. It is our intention to become more sustainable and eco-conscious every year. We are lucky to live in a region of amazing natural, pristine beauty. We want to share with our guests the beauty of Maratea in this perspective, as well as working to promote the message of ecology to students, especially, and educate everyone in the merits of environmental safeguard. Cinema is an excellent tool because it reaches out to audiences of all ages. There were ten feature films, both fiction and documentaries, on environmental subjects in the festival’s programme.

Up and coming filmmakers
Maratea loves young filmmakers. We developed an important cooperation agreement with the Alice nella città programme at the Rome Film Festival, as well as with other festivals, and involved young filmmakers both from our region and other regions in Italy. Here, they were able to network with producers and find profitable work. Next year, we’ll expand on our cooperation with Alice nella città and we agent and producer Daniele Orazi, who curates the Young Blood project with Fabia Bettini.

Basilicata, land of cinema
An example of how important is the filmmaking industry for a region’s economy would be the latest Bond Film, No Time to Die, filmed in our region, in Matera and Maratea: 12 million euro were invested in our territory. After the two pandemic years, things are getting back on track: we are looking forward to the production of a new film by Rocco Papaleo, then to Giorgia’s debut film as a director, a number of Indian productions, and maybe – fingers crossed – Mel Gibson’s sequel to The Passion of the Christ. So much time passed since Basilicata Coast to Coast!