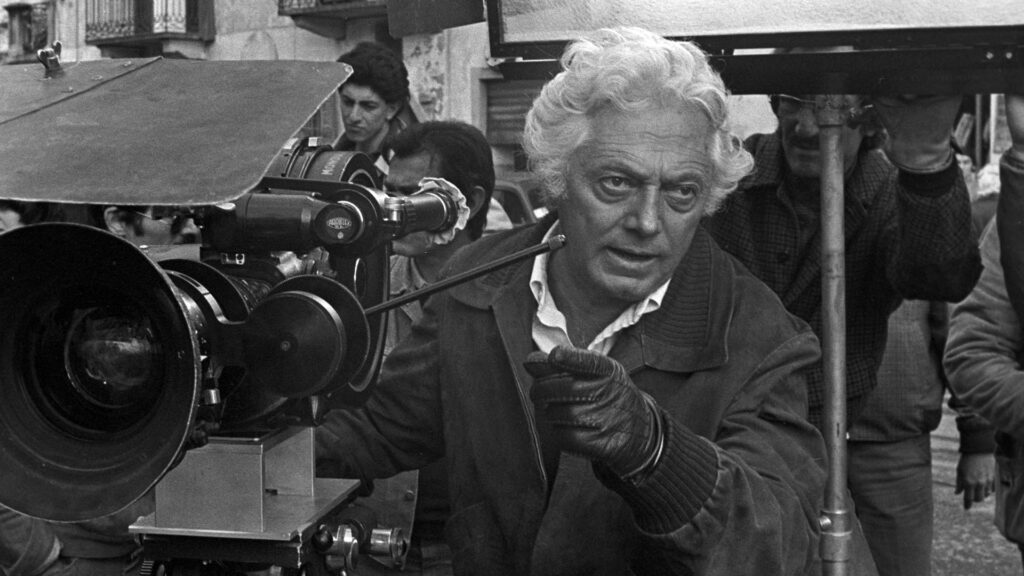 What has Dino Risi been great for? He understood the Zeitgeist, the spirit of his epoch, with lightning-fast precision, and he was able to frame the (mis)adventures of his character with a dose of anthropologic objectivism that wasn’t shy of sheer complicity (“I see my full self in Gassman’s character in Il sorpasso”). March on Rome was little appreciated by the contemptuous critics of the time (1962), and Risi himself was ambivalent about it. The film, though, is a chapter of the great season of Italian comedy that, starting with Monicelli’s The Great War, traced the country’s recent history, whether repressed or buried under rhetoric, and inscribed it into the faces and bodies of folk anti-heroes thrown into the tragic destiny of history. The Great War seems a precursor, or maybe a backdrop, of March on Rome, staging a duo of slackers (Gassman and Tognazzi) who join the Fascist squads due to a mix of naiveté or misapplied roguishness, adhering unquestionably to the 1919 Fascist demagoguery. Hence, the quasi-Brechtian idea of the programme’s manifesto, whose points are stricken out by Tognazzi one by one as they fail to live up to reality. Two opportunist simpletons (a kind of character who has always been dear to Risi) lost into a tragedy larger than they. Around them, aptly sketched-out characters: the Army Captain, portraying the frustration of former military officials, a farm owner, and a local Fascist chief, portraying the lowest, bloodiest side of Fascism.
Written by Maccari, Scola, Age, Scarpelli, De Chiara, and Continenza, the film also portrays the feckless pre-Fascist administration, who cannot seem to be able to defend the State, and the spineless popular forces, seen in Tognazzi’s character’s family. Dino Risi’s flowing style presents memorable passages, like the scene of the two waking up in a deserted city, left behind by their comrades. Cinematography by Alfio Contini (seven times Risi’s associate), editing by Alberto Galliti, and a beautifully contaminated score by Marcello Giobini.

The March on Rome 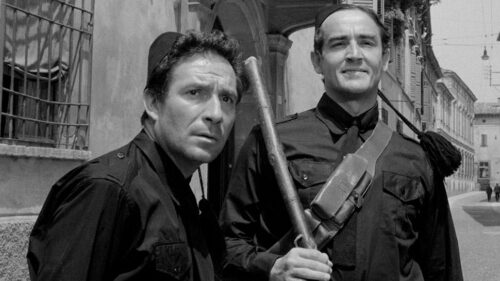 Risi, thanks to a great script and masterful interpretations by Gassman and Tognazzi, is the absolute winner of one of the most complex periods in Italian history. He...