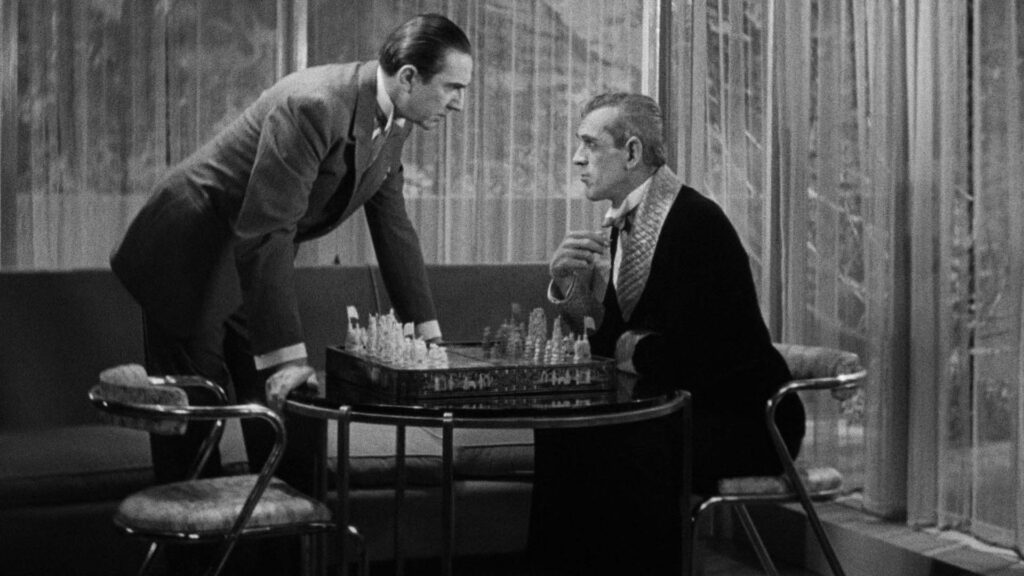 «Even the phone is dead», says sarcastically Boris Karloff, when the phone is cut off in the eery house where two naïve American newlyweds end up involved in the fight between two men: an architect at the head of a satanist cult and a possibly crazy psychiatrist looking for revenge. Boris Karloff and Bela Lugosi interpret the two enemies – a chance for former Dracula Lugosi to play a part more or less positive, at least after the Revision. In fact, the crazy, amazing The Black Cat by Ulmer is three films: the initial draft, which included the supernatural element of two black cats; the film that was actually shot and edited, centred on Karloff’s necrophilia; and a part with added or re-shot sequences to give a more positive light to Lugosi’s character. The inconsistencies in the plot that naturally follow make the movie even more delirious and surreal. Officially inspired by E. A. Poe’s short story of the same name (though closer in atmosphere to other works of his), The Black Cat is a collection of sexual obsessions and perversions (necrophilia, sadism, rape, incest, fetishism). Karloff keeps in her dungeon young women, dead and embalmed, hanged by their hair. No gothic architecture, though: a Bauhaus-inspired house serves as home. The gloomy air and the weight of long-standing horror may remind of John Dickson Carr’s best novels, and there’s no shortage of humour, either. Ulmer’s clean, clearcut, ruthless style, and plentiful talent created an authentic classic. 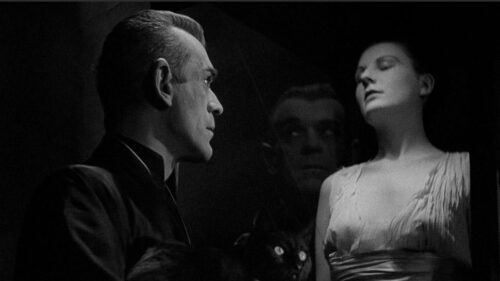 Boris Karloff and Bela Lugosi face off in deadly rivalry going back to World War I in a Carpathian villa of futuristic architecture. Spectators of the duel, a couple ...