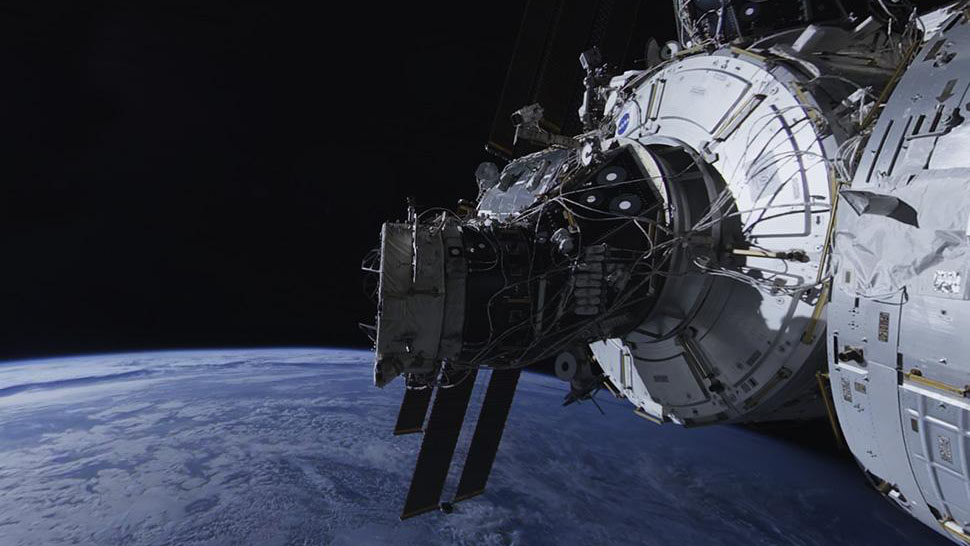 TIME//FRAME/EDIT
Space Explorers: The ISS Experience is a Canadian series produced with the support of NASA, and the winner of an Emmy in 2021. Filming has been carried out with 360-degree lenses designed specifically for zero-gravity environments. For the first time, the audience will feel as if they are inside a Space Station floating in space. We will observe planets (our own included) from a privileged point of view for exhilarating results. There’s no doubt that 360-degree video have evolved immensely and the greater public is familiar with their language. It is worth pointing out that this language is far from new, it is as old as cinema itself. Let’s focus on the notion of ‘framing’: framing is nothing else than the reproduction of a fragment of real spacetime. A reproduction that is three-dimensional, albeit held on a bidimensional support. What happens when the two-dimension constraint is lifted? And how does narration, which in film is built with the tool of editing, if frames no more have boundaries? It is interesting how the style of VR productions resolves in the juxtaposition of spacetime precipitates (360-degrees tracking shots) where narration is reduced to almost nothing and editing is all internal – mainly determined by where we look. No matter how impotent we may feel within the action, we bear its weight, we bear the pressure of time as the only ‘gravitational’ variable in this combination of narration and documentary. There’s no Tarkovsky behind the camera, for Tarkovsky maintained that the rhythm of a film depended on the character of time flowing within the frame, on the internal tension within each scene, prior to editing taking place. In this type of immersive experiences, though, there is something of Tarkovsky’s thought on time, editing, and space. Maybe more than that. We shall be waiting for a filmmaker who will treasure Tarkovsky’s teachings and tell us their version of events, reinvent the rules of this amazing storytelling tool – the grandchild of cinema – that in this example, it is employed with unprecedented technique.