The godly birth of dance 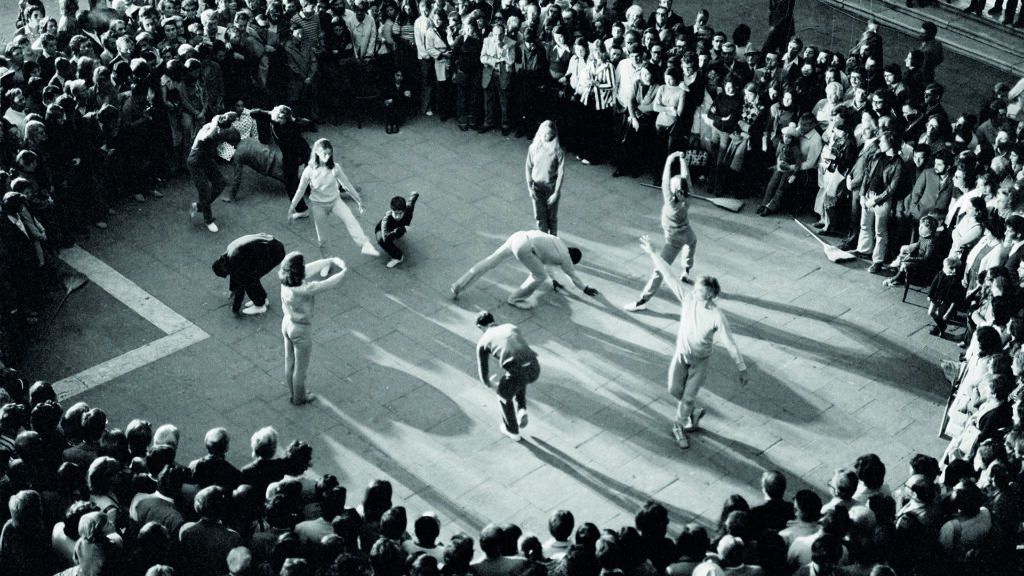 It’s not easy to write about dance. It’s even harder to write about modern dance when there’s no history, or rather, when it’s up to the viewer to find the right narration. Plain impossible to write about Merce Cunningham’s performances, we can only try to sketch out some of his features as a choreographer, knowing that a film by British visual artist Tacita Dean (at Piccolo Arsenale on July 30 and 31) will tell more than words can.
Cunningham was born in Washington State in a well-to-do family. He developed a passion for dance at a very young age and meets all the protagonists of modern dance at Mills College, Oakland: Doris Humphrey, Charles Weizmann, Hanya Holm, Martha Graham… it was the latter who invited him to work together. A curious pairing: Graham’s floor-oriented choreography, using imposing bodies, and Cunningham’s lightness, exuberance, and speed. Cunningham’s real launchpad would be at Black Mountain College, in North Carolina. That’s where he met John Cage. Both maintained that the independence of music from dance offered both arts more flexibility and expressive potential. In Merce’s performances, in fact, music and motion are separate. Also, John Cage’s composition method, based on fractions of time, bodes well with Cunningham’s rejection of the classical ballet idea of theme and variation.
Jeannie Steele and Daniele Squire, two long-time dancers with the Merce Cunningham Company, will teach, rehearse, and stage the historical Event of 1972 together with sixteen Biennale College’s dancers.