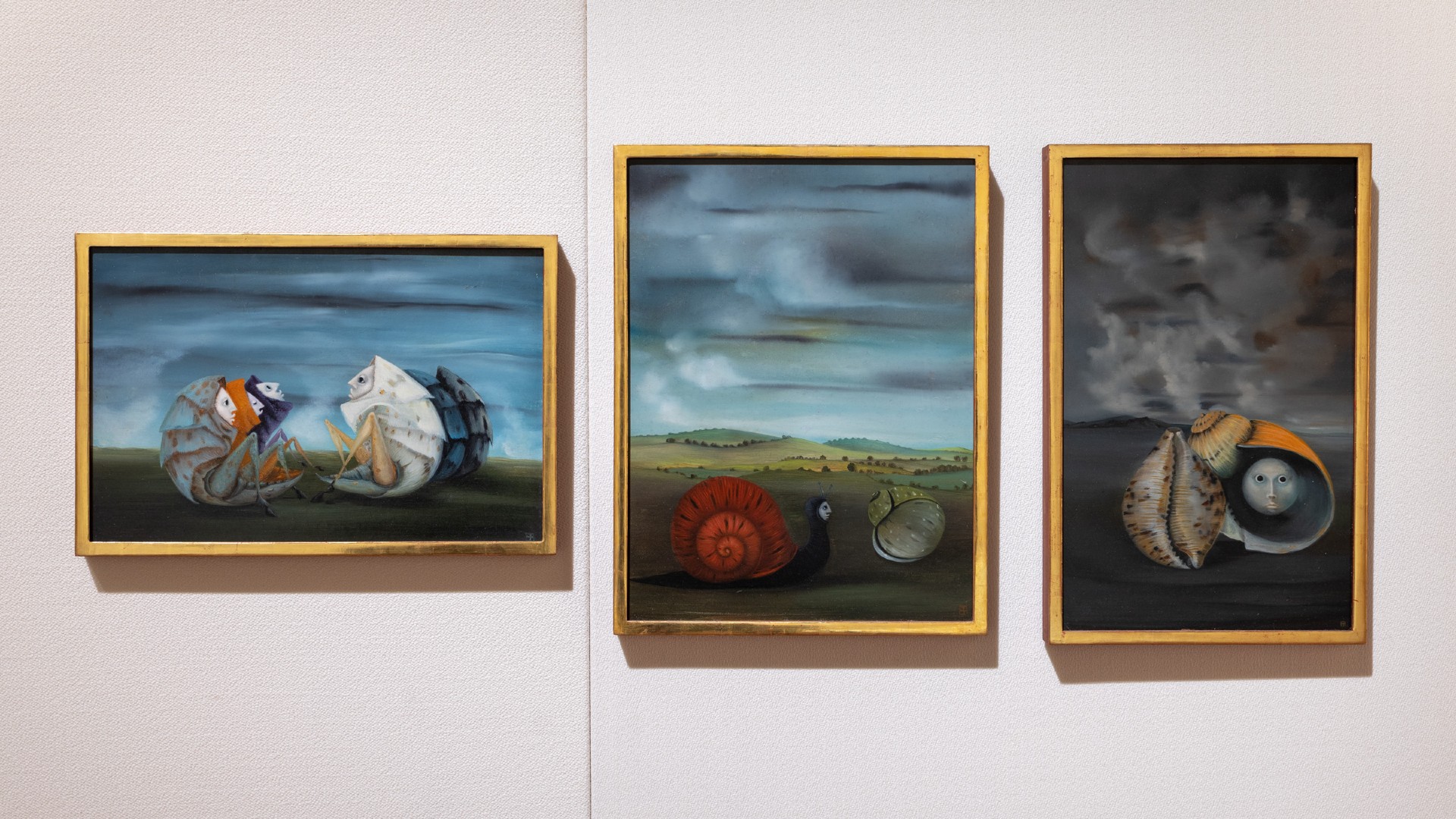 Moving to New York before the Second World War, she lived with Peggy Guggenheim and attended the circle of surrealist artists. After taking part in an Aztec initiation ceremony, she moved to Mexico where she devoted herself to painting, establishing a close friendship with Leonora Carrington and Remedios Varo. In her paintings she uses a technique based on sixteenth-century Italian tempera formulas that Paul Cadmus taught her in New York in 1945. She prepared an eggshell chalk bottom on a masonite board and painted by applying many transparent oil enamels with small brushes, producing a glossy surface like a jewel for her subjects. She lived in solitude, on her Ranch Contembo, surrounded by the animals she had adopted. The dreamlike world that characterizes her works, populated by bizarre beings often enclosed in egg-shaped shells, finds inspiration from the interaction between animal and human spirits that the artist feels and reworks inwardly.