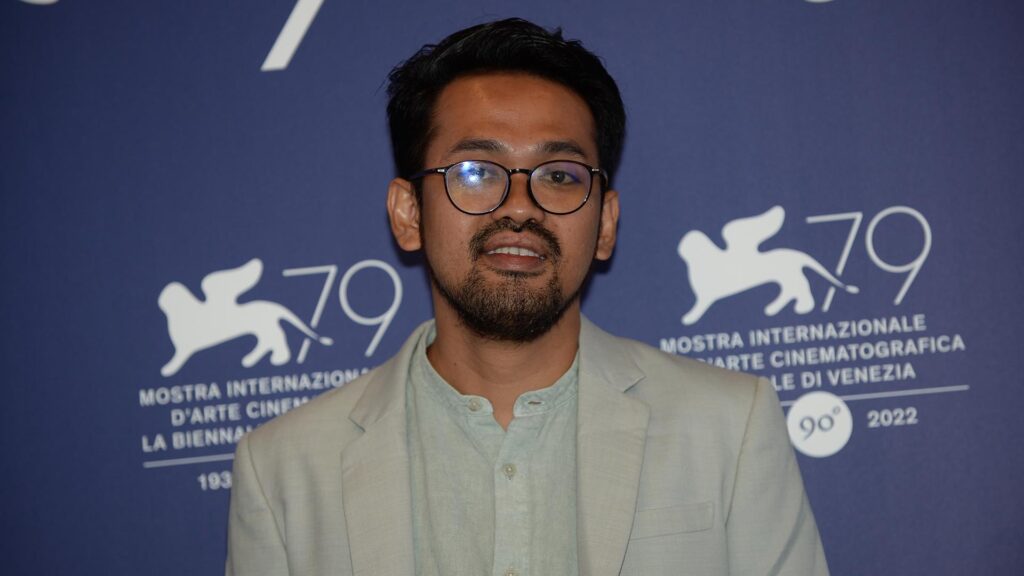 Nominated Best Film Critic by the Indonesian Minister of Education in 2015, Makbul Mubarak after having directed several award-winning shorts (The Dog’s Lullaby, 2015 and The Malediction, 2016), presents Autobiography, his first feature film in Competition in the Horizons section.

What social and political Indonesian environment is depicted in your film?
Historically, Indonesia was a military dictatorship from 1966 to 1998. When it collapsed, its effects hung over the country, especially the younger generations, like mine. The film depicts the long-lasting effects the dictatorship had on us. We know that, technically, it is no longer there, but we feel it in our everyday lives, in the mentality, in the honour structure. Albeit imaginary, the power is still there, and it still affects our thought processes. Indonesian people are still not very eloquent in expressing their opinion, not because they don’t have any, but because they are so used to censorship and to self-censorship. This is but one example. In rural areas, the legacy of this mentality is very strong in both the upper and lower classes. We can feel it more strongly in rural Indonesia, while the urban areas are more progressive. When I want to portray this phenomenon, it is the rural areas I go to, plus, that’s where I come from – rural Indonesia.

“I grew up discerning my father’s loyalty to the state as something that seemed inherent to my family’s life.” Tell us more about the title: Autobiography. How much of your own life and family history is in the film? Why such a personal story for your debut feature?
I am still young, there’s so much I don’t know. The best thing I can do is write about my own experience. When I was writing and researching for my film, I realized that there was no need to look far and wide for material, I could write about my own life story. The film is titled Autobiography because I think Purna, the general, is the life story of the younger character, Raki, and Raki’s story is also the general’s. It’s a dialogue between the older generation, from the military era, and the younger generation of the post-junta era. We are writing about each other; we are a mirror to each other. Two generations writing the history of their country. It’s an autobiography about me, but it’s also something bigger than that, an autobiography of my country – hence the title. In the end, the choice is symbolic. 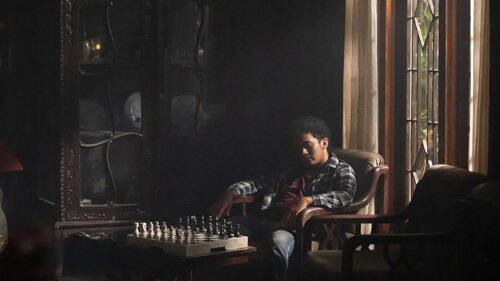 In an Indonesian mountain village, newly-graduated Rakib in unsure about his future. The one thing he knows is he won’t keep farming corn as his despotic father wants. He find...

A three-level title that speaks about you, the two main characters, and your country. How did you pick your cast?
I am friend with Purna, the older character, I had him in mind when I wrote the script because his presence is very strong, and he lives around a military housing compound. He is not military himself, but he lives around there, so he understands how the soldiers live and we talked extensively about it. He is very much an inspiration for me. I didn’t do any casting for the role of Purna – it’s been him and no one else from the beginning. The actor playing Raki is a newcomer, Autobiography is his first film as protagonist. I saw him in an Indonesian film and there is something about him that makes him look very grounded. There’s some sense of deep anger about him, I saw it when we first met. It felt strange, I couldn’t understand what he was angry about. I waited for him to cool down, but to no avail. So we talked about his anger, his family, his story… it was then I realized I wanted to use his anger. I wanted to distil it and use it in the film. This passage is important because it’s about understanding the personality of the actor, as well, not only that of the character. We worked on the character together for two years. He is a very intense young man.

The producers mentioned that your film was intended for an Indonesian audience, but now it’s being released internationally. How do you think it will be received?
When we first started writing the movie, I still hadn’t made any feature-length film, but only shorts. We wanted to make an Indonesian film for an Indonesian audience – it is very specific to the country. Later, though, after we were selected by the TorinoFilmLab and we told them about our story, we were surprised to find out that other countries also had similar experiences of class struggle. I’m thinking of Trump, Orbán, Le Pen… this kind of populist figures. We thought that there would be ways for everyone to enjoy our story as if it were their own. We realized we could expand the identity and the context of the film thanks to international cooperation: our cinematographer and camera crew came from Poland, other crew from France, and co-producers from seven other countries. Even though the film is very personal and specific, it does speak of common human conditions, something we may all experience. We are very happy about that.

Looking at the history of cinema, which authors and which films inspired you the most from a stylistic point of view?
I looked at many directors, studied them, and took what I could from them. For example, the director I look up to the most is probably Elia Kazan in the way he treats actors and in the way he controls the intensity of his films. Michael Haneke… Rossellini in the way he builds with reality and lets reality come into the film. Those three, I would say. Also Alfred Hitchcock in the way he is very disciplined with structure. Sometimes, I feel I may be more disciplined myself, and studying Hitchcock made me realize that discipline is what makes change possible. Strong modern directors, like Andrea Arnold and Barry Jenkins, are exemplary for me. I could never be like them – they are masters. But surely I can watch and learn from them.