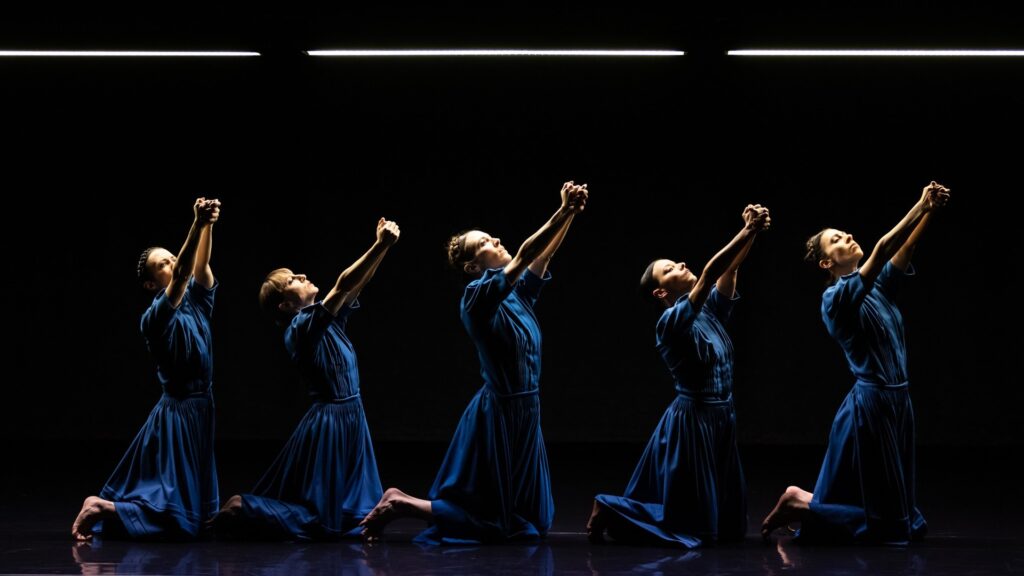 If you were born in the last century and be asked about the seven deadly sins, you’ll think of Sunday school. Art aficionados will think of Bosch. Movie buffs will remember the 1952 six-episode film directed by the best filmmakers of the time. Canadian Eric Gauthier did something similar to this last thing together with his company and the Theaterhaus in Stuttgart, Germany. Seven of the best European choreographers give their personal interpretation of one of the seven deadly sins. Quite a bold move, given how fresh is the memory of Pina Bausch’s version, which by the way will be staged this year in Paris and Wuppertal.
Sidi Larbi Cherkaoui, the director of the Grand Theatre de Geneve, has nine dancers move frantically, moneybag in hand, for Greed. Canadian Aszure Barton filters micro-motions of a dancer duo in a very still pond to portray Sloth. Catalan Marcos Morau guides five young women on a sensual religious rite, that’s Pride. An Italian solo for Gluttony in the form of withdrawal syndrome on music by Velvet Underground. Israeli Hofesh Shechter has ten white-clad dancers in a half-tribal, half-metropolitan dance represent Lust. A very elegant cadre by Sasha Waltz: two dancing tuxedos show Wrath from Homer to the Ukrainian War. Lastly, Israeli Sharon Eyal writes Envy as the dance of three women vying to charm the audience. Rich scenography, quality and amount of resources, diversity… this show already has a place in the history of ballet.