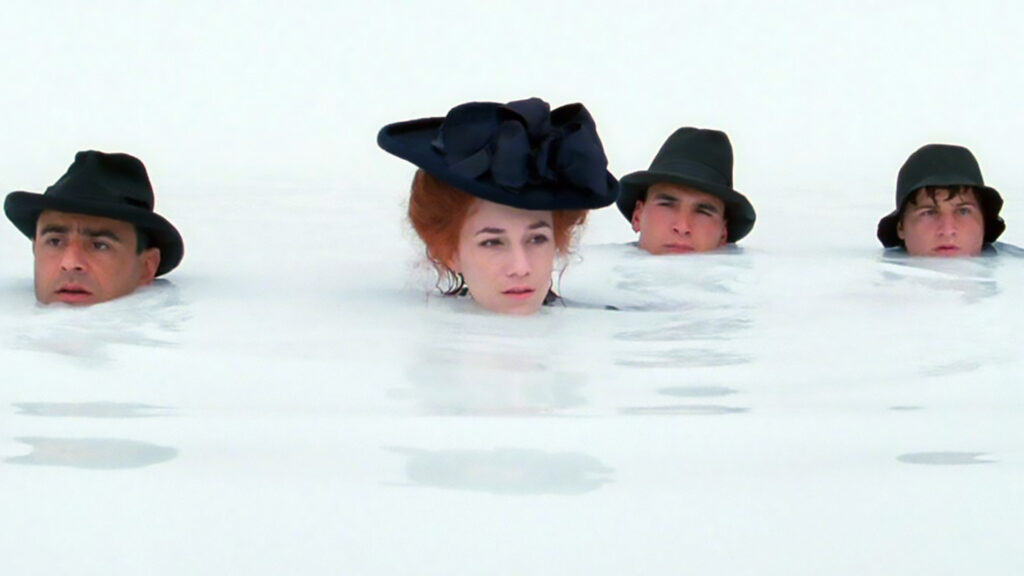 The 59th. International Art Exhibition opens to the public on Saturday, April 23: 213 artists from 58 nations, including 26 Italians, 180 first participations in the International Exhibition, 1433 works on display, 80 new productions.

There’s a scene in Emanuele Crialese’s film Nuovomondo, “new world”, in which the protagonists find them-selves immersed in a white sea of milk, which wraps them up leaving only their astonished and happy faces out. This image came back to my mind as a physical and mental sensation while attending the overwhelming energy released by the words of curator Cecilia Alemani during her presentation of The Milk of Dreams. The title she has chosen for the upcoming Art Biennale comes from Leonora Carrington’s fairytale book by the same name, in which the Surrealist artist describes a magical world where life can constantly be re-imagined and where people are allowed to change and transform themselves into someone or something else.

In her very comprehensive presentation, Cecilia Alemani let us step into “her” Biennal just like into a glass of warm milk before going to bed. She said much and enough to let our imagination dive through words and images, preparing us for a journey full of wonders. Suspended between past and present, and definitely urging into a Blade Runner-like future (a cinematographic hint, once again), visitors will encounter constellations of nineteenth century artworks clustered together in five special time capsules, that will provide additional tools of investigation and a web of references to the pieces by contemporary artists in the surrounding space. The Milk of Dreams stems from the many conversations that have taken place between the curator and many artists in recent months. Many questions have insistently emerged from these dialogues, evoking not only our present, a time in which the very survival of humanity is threatened, but also highlighting a need to investigate some of the issues that have been dominating our attention in the fields of science, arts, and myths. How is the definition of the human changing? What constitutes life, and what differentiates plant and animal, human and non-human? What are our responsibilities towards the planet, other people, and other life forms? And what would life look like without us? Answers to these questions will be provided by 213 artists from 58 countries. More than 180 of these artists have never been in the International Art Exhibition until now, and a majority of them are women and gender non-conforming artists. 1433 pieces of art will be exhibited, 80 of which are new productions. Looking back at Surrealism is apparently not a mere litmus test. In a sort of fresh manifesto, the suggestions brought about by one of last-century’s most impressive and hard-to-decipher art movements offer the opportunity to look behind and within ourselves to redesign a brand new world.

Interview with Cecilia Alemani, curator of The Milk of Dreams - Venice Art Biennale 2022