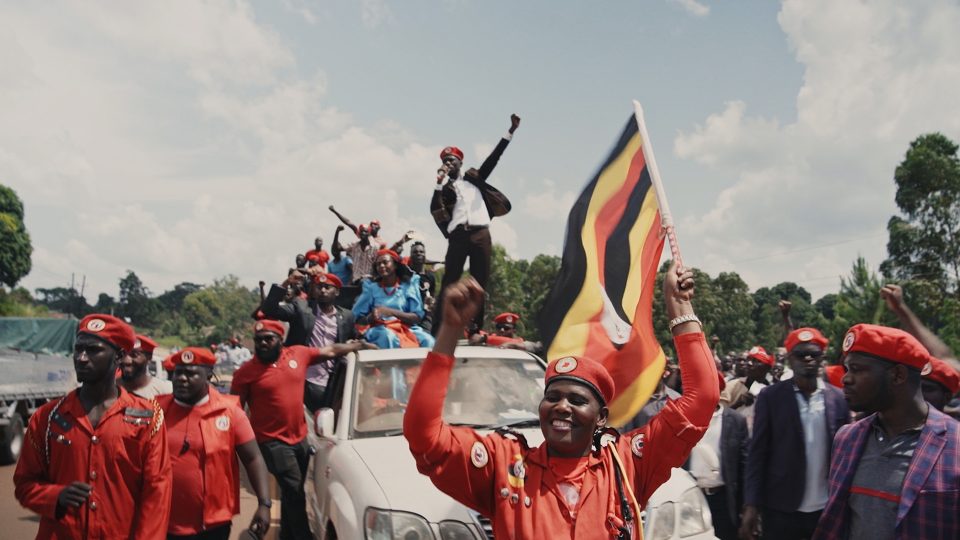 Bobi Wine is the stage name of Robert Kyagulanyi Ssentamu, famous Ugandan rapper who, since 2017, has been making his way into his country’s politics to give voice to the oppressed, after thirty years of dictatorship afflicting Uganda. He started off as activist, later earned a seat in parliament, and announced his candidacy at the presidential elections of 2021. This documentary presents his extraordinary story and a fight for people who feel they have no voice.

Head of Development at Revlover Films in Sydney, Christopher Sharp is a former talent agent and a trader in New York. His name is attached to such movies as Hammer Bay (2007), Yeadbird (2012), Emo the Musical (2014) and short movies Some Static Started (2010) and Kill Your Dinner (2016), a Berlinale nominee for Best Short Movie in the Generation Kplus section. With Bobi Wine: Ghetto President (2022), Sharp ventures into direction in first person, supported by Moses Bwayo.

A Ugandan native and a University of Kampala graduate in communication and journalism, Moses Bwayo is a video journalist and director for the Venture Land company. Bwayo focused his career on scandal and corruption in Ugandan politics, which costed him arrest in 2020.