Baptiste, 29, is in a relationship with Samia when he meets Cookie Kunty, a young drag performer in the Parisian nightlife, and he is fascinated. Baptiste decides to make a photo shoot with her as protagonist, which makes him enter this new world and end up in a relationship with Quentin, the person behind the Cookie Kunty persona. Three Nights a Week by Florent Gouëlou opens the 37th International Film Critics’ Week.

What goal did you have when writing the movie?
To show a universe that is not completely detached from reality. I wanted to show a face of Paris that is not the Paris of the privilege, but that of drag shows. A diverse Paris that reminds the Paris I know and that leaves space to marginalized people. My film is a romantic comedy with a social spirit.

What does drag represent for you?
Before I got to know it better, I was fascinated by its penchant for subversion, by its freedom, creativity, and collective energy. By becoming a drag queen myself, it turned into a liberatory creation that allowed me to be more diverse and embrace my feminine side. 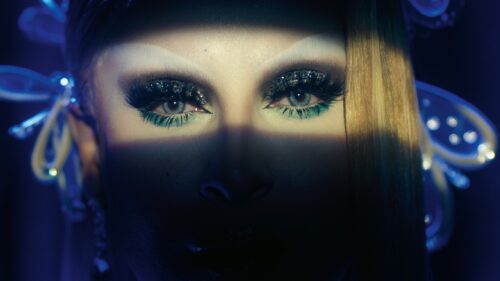 29-year old Baptiste is engaged with Samia, but when he meets Cookie Kunty, a young Parisian drag queen, he immediately feels attracted to him. Cookie soon becomes the protagoni...

This is a story about identity. Is it political, too?
For sure. I made a movie on the way we allow ourselves to travel into intimate and yet-unknown territories. It is a hymn to the freedom of reinventing oneself, like drag performers do with their alter egos. It is also a film on tolerance and acceptance. The political message of the film is about the possibility for all of us to coexist despite our differences.