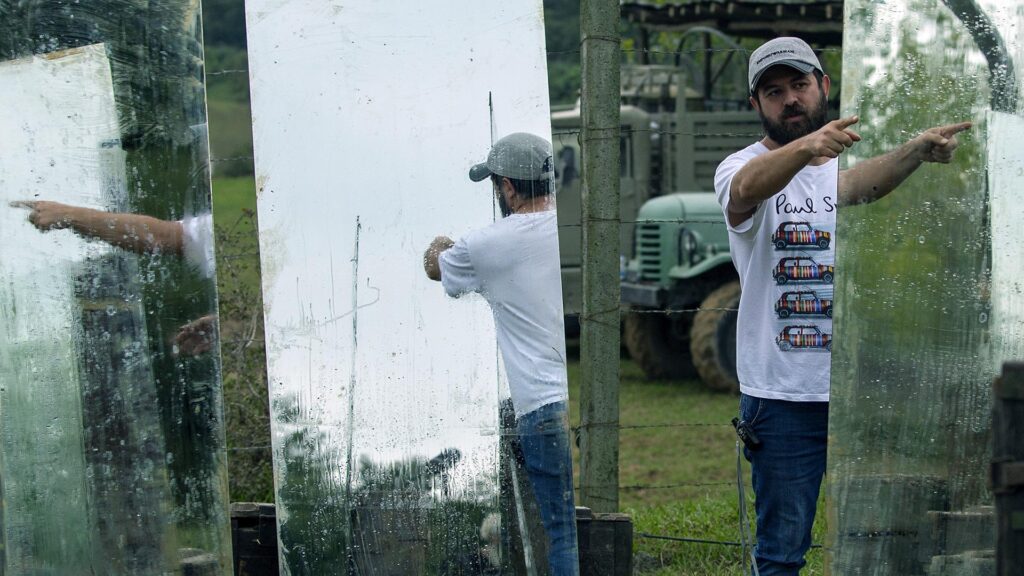 Iranian film and television and theatre actor, director, screenwriter and editor Houman Seyedi is in competition in Orizzonti with World War III.

Body language is prominent in all your movies. Casting a deaf/mute person in World War III highlights this trait even more. Was this a technical need, a challenge, or a way to bring theatre back into cinema? You are an actor and a theatre, TV and film director. Which one of these media do you love the most?
If body language is prominent in my films it’s purely coincidental and it’s not a conscious decision. But in this particular case of using a deaf and mute character in the narrative, it not only helped us structurally with the way we developed the screenplay, but it also helped us thematically. Her disability gives her a disadvantage in the information she’s given. Information that ends up making her pay the ultimate price.

When Sheeple came out, many critics noticed a Tarantino influence in production. Who are the filmmakers you look up to, and which one you consider your teachers?
The filmmaker I look up to the most is Alejandro González Iñárritu. His Amores perros really changed the way I look at cinema and it was highly influential. Other filmmakers I admire are Michael Haneke and Cristian Mungiu. Goes without saying that I still have a lot to learn from them. 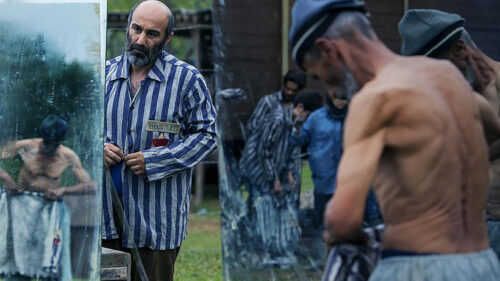 Unhoused labourer Shakib – intepreted by famous Iranian actor Mohsen Tanabandeh – is hired on a movie set. While filming a story on the evils of dictatorship, the directors ...

For over fifty years in the West, we knew physical manpower was on the decline, to be replaced in value by technology, finance, and information. Your film takes us back to seeing humanity fighting for survival. Is this a warning on your part?
Either a warning or perhaps a reaction to the rise of inequality. The struggle to meet the most basic needs is real for a lot of people across the world. Technology, finance and information has failed them miserably and not even physical manpower can save them or be somehow an equalizing force. But there’s no denying that not addressing the root causes of this inequality may have dire consequences.

We thought we saw irony in what is a very severe film: the vegeterian manager, the comment “here nothing looks real”, and the hiding under the floor – which are typical of films on Jews and Nazism. A recognition of bravery, and a bit of teasing, too. Were there any fun moments while filming?
To be clear the comment “here nothing looks real” is in reference to the film within the film that is clearly failing to depict the atrocities of World War II. It even appears comedic to the local villagers who are extras on the set. That said, for us filming the scenes that featured the Nazis’ crimes against humanity was anything but fun. It was gruesome and at times even terrifying. I personally would do my best to limit the number of our takes so our actors and extras wouldn’t have to relive those moments in the gas chamber for example. Meanwhile the vegetarian director thinks he’s actually making a good film that is criticizing dictators and dictatorships, not realizing that he himself is very much a dictator.