The forms of genius 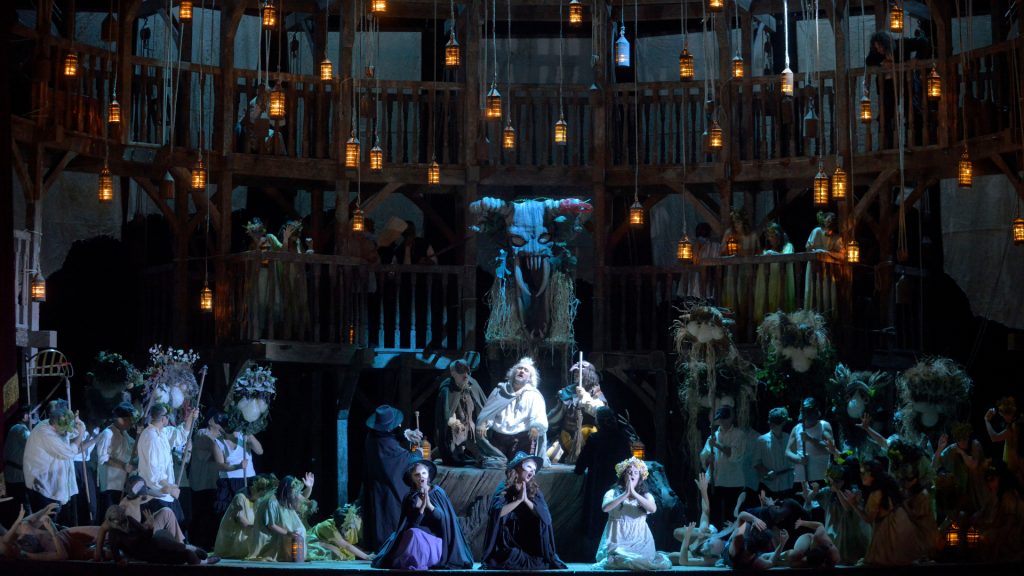 On November 18, the new season will debut with Falstaff by the master from Busseto.

The 2022-2023 opera season at the Fenice Theatre will open with Verdi’s Falstaff, the Maestro’s last work and a cornerstone of comedic opera. Adapted from Shakespeare, from both The Merry Wives of Windsor and Henry IV, Part 1, the Falstaff is an opera comedy in three acts Verdi composed together with Arrigo Boito, whom he already worked with for the Otello. In continuity with other Verdi productions in the last few years, this new Falstaff productions will be conducted by Myung-Whun Chung and directed by Adrian Noble, British director praised as accomplished interpreter of Shakespeare. On stage will be Nicola Alaimo, Renée Barbera, Selene Zanetti, Vladimir Stoyanov, con Sara Mingardo, and Veronica Simeoni. The opera is scheduled on November 18, 20, 22, 24, and 26, with the performance of the 18 being broadcast on Rai Radio3. The Falstaff is Verdi’s third opera drawn from Shakespeare and is also his one and only comedic opera. Verdi once read a libretto by Boito, an adaptation of one of the Bard’s wittiest farces, The Merry Wives of Windsor, and worked on the subject of the humiliation of an Elizabethan scoundrel and philanderer on part of frivolous, time-wasting women. The final fuga declares how “the whole world is a farce”, ending Verdi’s career on a note of disenchanted cheer.

The opera premiered at the Scala Theatre in Milan on February 9, 1893, and was met with widespread acclaim. “I set the comedy in Shakespeare’s time, with costumes and scenery that reflect that – says director Adrian Noble – I made this choice because Shakespeare’s time bridges the ancient, Catholic, Roman world with the Puritan world, which would revolutionise Britain. Falstaff is also a bridge between two epochs, which unites primitive ideas like the witchcraft in the final act with elements of Puritan culture, whose prototype is Ford: he uses his money and his wealth to control his wife and the future of his daughter. This similitude makes me think I made the right choice.” “For me, Verdi is no short of a genius – says conductor Myung-Whun Chung – among the many wonderful things he made during his life, two stand above all else: Casa Verdi, the nursing home for elderly musicians, which he financed himself, and the Falstaff, because it shows his generosity. Falstaff means more than comedy: it touches the soul first, and then leaves room for laughter. Great artists know how to convey their message: think about Beethoven’s Ninth, which proclaims how first of all, we are all brothers.”

To homage this new performance season, Gennaro Florio, the barman at Taverna La Fenice, created a Falstaff cocktail, playing with British atmospheres and the playful comedy opera. The cocktail is a mix of London Dry Gin, Sherry Xeres, red vermouth, berry puree, and a touch of oak smoke. Once you lift your cup, you’ll see the coaster reading Tutto nel mondo è burla, the opera’s last line and the moral condensate of Verdi’s masterpiece.